Zenbo is a robot from Asus that responds to voice commands, has a touchscreen display that functions both as a face and information screen, and wheels that allows the robot to follow you around the house.

Asus first unveiled Zenbo in May, and about half a year later the robot is just about ready to ship. The company will begin selling limited quantities in Taiwan starting January 1st.

Engadget reports that a standard model with 32GB of storage will cost $620, while a 128GB model that comes with a self-charging dock will cost $780. 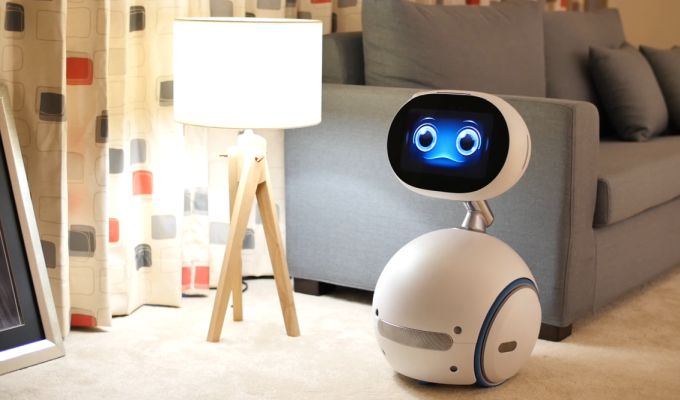 During a launch event in Taiwan, the company showed off some new features that weren’t demonstrated during the original unveiling. Among other things, Zenbo allows you to order food or book a car, shop online, or stream music using voice commands. It can also roll around your house and function as a moving security camera.

Asus also showed off features that let you use Zenbo to control a TV or stream video to it.

All told, Zenbo is sort of like an Amazon Echo with a display, screen, and wheels.

The robot can also let you use its camera and display to make video calls, and Asus has announced a partnership with the Taiwan National Police Agency to let you place an emergency video call through Zenbo.

There’s no word on when Zenbo will be available outside of Taiwan.