Asus may have a new Zenfone on the way. An unannounced 5.2 inch Asus smartphone showed up at the TENAA website recently. That’s China’s equivalent of the FCC… except that Chinese wireless regulators have a habit of publishing more photos and specs of phones.

The most noteworthy thing about this new phone is probably the massive battery: it packs a 4,850 mAh battery, which is nearly twice the size of the batteries found in some other phones with similar-sized displays. 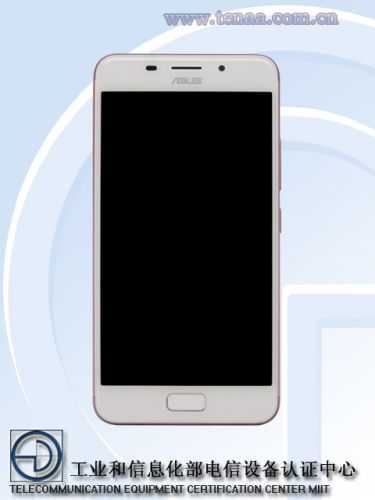 According to the TENAA listing, the Asus smartphone will be available with between 2GB and 4GB of RAM, between 16GB and 64GB of storage, and with 13MP rear and 8MP front cameras. The smartphone is powered by an unspecified 1.5 GHz octa-core processor, has a home button with a built-in fingerprint sensor, and runs Android 7.0 Nougat software.

While all those specs paint a picture of a decent smartphone, there’s reason to think this will be a budget, or mid-range device: it’s said to have a 1280 x 720 pixel display. But the relatively low resolution screen combined with the big battery could lead to extra-long battery life.

While the phone has a big battery, it’s not a particularly big phone. It measures about 0.35 inches thick and weighs about 6 ounces.

There’s no word on if or when this phone will be available outside of China, but I wouldn’t be surprised to see Asus unveil it at the company’s CES press event next week.

13 replies on “Asus smartphone with octa-core CPU, 4,850 mAh battery on the way”