It also has a 360-degree hinge that lets you flip the screen all the way back and use the computer as a tablet.

Asus hasn’t officially introduced the Chromebook C302 yet, but we learned about it thanks to leaks in October. And now you can buy one from Newegg for $499.

Update: Not surprisingly, shortly after this article was published, the Newegg page disappeared. Expect to hear more about this laptop at the 2017 Consumer Electronics Show. 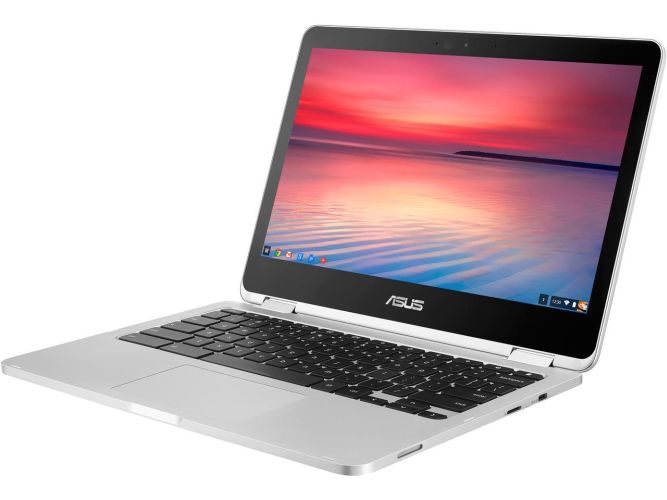 The new Chromebook will likely get a coming out party at the Consumer Electronics Show next week. It’s the first convertible Chrome OS laptop/tablet hybrid from Asus since the company’s popular Chromebook Flip.

While I really liked the Chromebook Flip, I decided not to buy one because I figured a new model with a full HD display would be just around the corner. It looks like I was right, but the new display isn’t all that’s changed.

The new model is larger, more powerful… and about twice the price of the original.