You can download the VLC 360 preview for Windows or Mac, and the source code can be compiled for Linux-based operating systems. The developers plan to add support for Android, iOS, and Xbox One soon, and support for virtual reality headsets including the HTC Vive, Oculus Rift, OSVR, and Google Daydream is expected sometime in 2017. 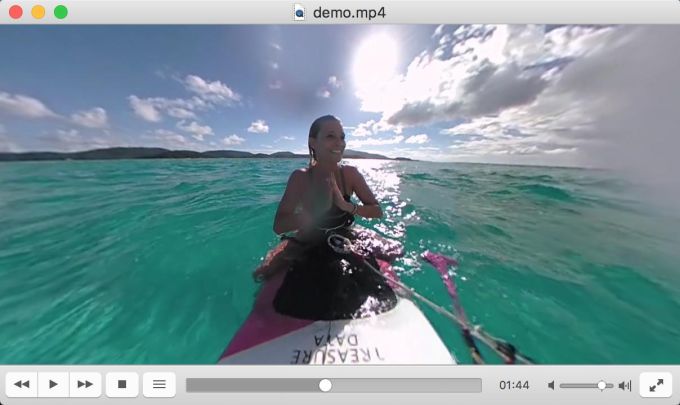 For now, you can use the desktop version of the VLC 360 preview to open 360-degree videos and 360 degree photos or panoramas. You can look left, right, up, or down by using a keyboard and mouse to navigate.

When VR headset support is added, you’ll also be able to use the motion tracking features of smartphones or dedicated headsets so that you can look around 360-degree content just by moving your head.

Videolan is also working on 3D audio support, allowing the soundscapes to change along with your view.