Samsung unveiled the Gear S3 line of smartwatches this summer, and now the company has announced that its latest wearable devices are coming to North America soon.

Pre-orders for the Gear S3 Frontier and Gear S3 Classic watches open on November 6th, and the watches should be available in stores starting on November 18th. 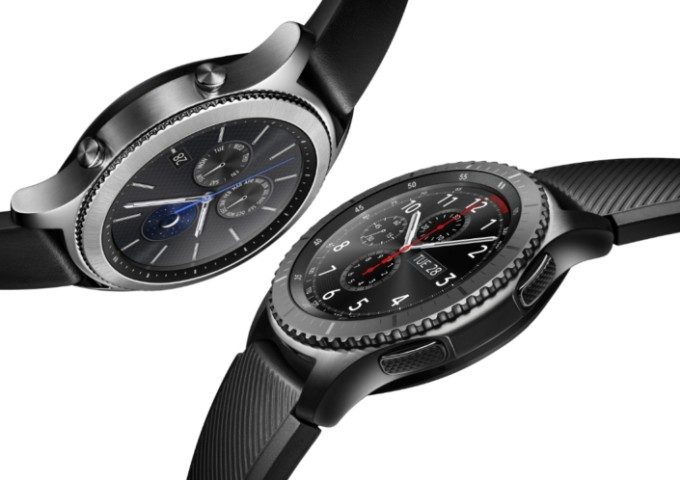 Both models have round watch faces with rotating bezels and both run Samsung’s Tizen-based operating system for smartwatches. Both have IP68 water resistance and both are MIL-STD-810G tested. But the Gear S3 Frontier has a more rugged-looking design and there’s an optional LTE version of the Frontier model with support for mobile data, text messages, and even phone calls.

AT&T, Verizon, and T-Mobile will all offer the Gear S3 Frontier with LTE, while WiFi/Bluetooth-only versions of both the Frontier and Classic will be available from retailers including Amazon and Best Buy.

The Gear S3 Classic also has GPS, while the Frontier has A-GPS support.

Both watches have 380 mAh batteries and support for wireless charging. They also have motion sensors, heart rate monitors, and ambient light sensors.