Prices start at $2,399, which makes the 2-in-1 laptop pretty expensive for a portable Windows computer. But for that price you get a powerful processor, a high-resolution display that can be detached and used as a tablet, and up to 16 hours of battery life, among other things. 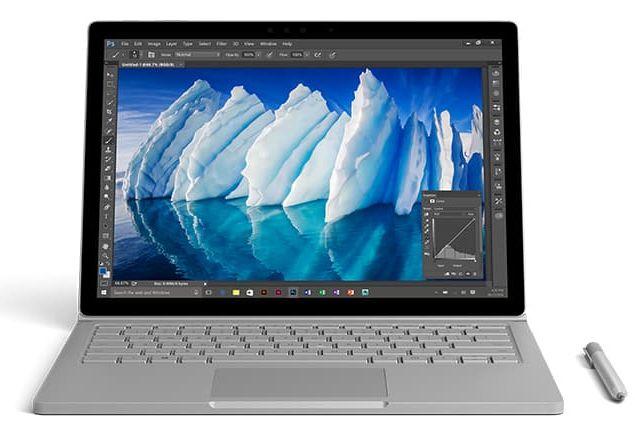 The laptop features an Intel Core i7-6600U Skylake processor and NVIDIA GeForgce GTX 965M graphics, with the GPU located in the laptop base (which means you’ll be limited to Intel HD graphics when using the Surface Book in tablet mode.

An entry-level model has 8GB of RAM and 256GB of solid state storage, but higher-priced versions are available with up to 16GB of RAM and up to 1TB of storage.

There are a few odd things about Microsoft’s new Surface Book. It’s launching with a last-gen CPU and last-gen NVIDIA graphics instead of a Kaby Lake and NVIDIA GeForce 10 series alternatives.

But the additional battery capacity and the switch from GeForce 940M to 965M graphics were big enough changes to require a new base for the laptop, which is why Microsoft is calling this model the Surface Book with Performance Base.

Unfortunately, the company has no plans to sell the Performance Base on its own to customers who already have last year’s model and want to upgrade for the battery life and graphics improvements, even though an original Surface Book tablet works just fine with a Performance Base.