Google Home is a $129 smart home speaker that can answer questions, play games, and stream media to a Chromecast device in your house. Under the hood, it also seems to have many of the same parts as a Chromecast.

The folks at internet repair shop iFixit have disassembled a Google Home to see what makes it tick… and discovered that it’s basically the same hardware that makes Google’s $35 media streamer work. 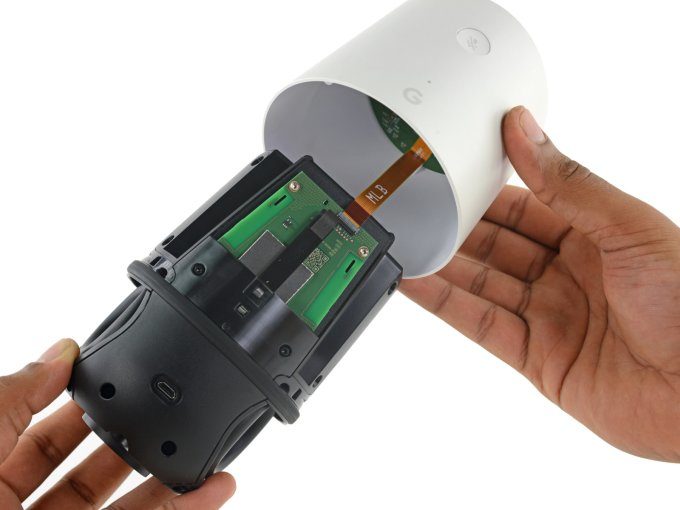 So it looks like Google Home’s brain is basically a 2nd-gen Chromecast.

But there are good reasons Google Home costs more than three times as much as a Chromecast. Google’s $35 media streamer doesn’t have a speaker, far-field microphones, or a touch surface with 12 multi-color LED lights.

The folks at iFixit give Google Home relatively high marks for repairability, but note that touch board is difficult to remove from the case, which could make it hard to fix.

Another interesting note? There are only two microphones. Amazon’s Echo has seven.