HTC’s newest phone is kind of like an upgraded version of the HTC 10… in some ways. In others, the HTC Bolt seems like a step back.

Launching exclusively on the Sprint network in the US, the new 5.5 inch smartphone is HTC’s first to feature an IP57 water resistance rating and support for Sprint’s new 3×20 MHz carrier aggregation, which the wireless carrier says should provide download speeds of up to 300 MB/s in select parts of the country.

On the other hand, the phone has a 2015-era Snapdragon 810 processor instead of the more powerful Snapdragon 820 chip used in this year’s HTC 10. Go figure. 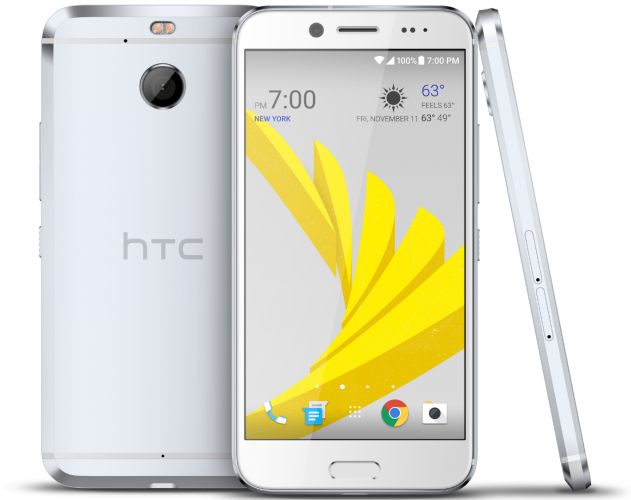 The phone has a 16MP rear camera with optical image stabilization and an 8MP front camera.

In addition to Sprint’s 4G LTE network, the phone supports 802.11ac WiFi, Bluetooth 4,1, NFC, and GIPS, and it features a fingerprint sensor and USB Type-C port. One feature it doesn’t have? A headphone jack.

The phone is available from Sprint for $600, with an option to pay full price up front, spread out the cost over 24 monthly installments of $25, or get the phone for $200 after rebate when you sign up for a 2-year contract.