You can take a screenshot on most Android phones by holding the power and volume-down buttons at the same time. But what if you only want to capture a portion of the screen?

While you could just save a screenshot and then edit it… there may be a faster way coming soon. Android 7.0 includes code for snapping partial screenshots, and Dirty Unicorns ROM developer Alex Cruz figured out how to enable it. 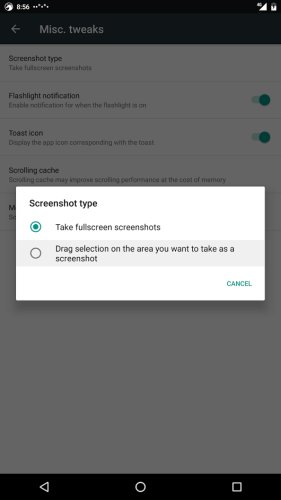 Once enabled, users can hit a key combo to start taking a screenshot, then drag their fingers across a phone or tablet’s display to select the area you want to save. Once you lift your finger, the image will be saved to your screenshots.

This isn’t an entirely new idea: Samsung has had similar functionality built into its TouchWiz software for Android phones for a while. But it looks like Google is at least considering bringing native partial screenshot functionality straight into the core of its operating system.