The folks behind the upcoming Eve V tablet seem to have taken a page out of the OnePlus playbook for publicizing new products: they’ve been announcing a few specs at a time ahead of the actual launch of the device. And I keep taking the bait and writing new articles, because honestly, some of the newly announced features are pretty interesting.

This week, Eve-Tech is spelling out some of the things that make the Eve V different from a Surface Pro 4, including a bigger battery, twice as many speakers, and a detachable keyboard that can either be used as a wireless keyboard or while connected to the tablet via Pogo pins. 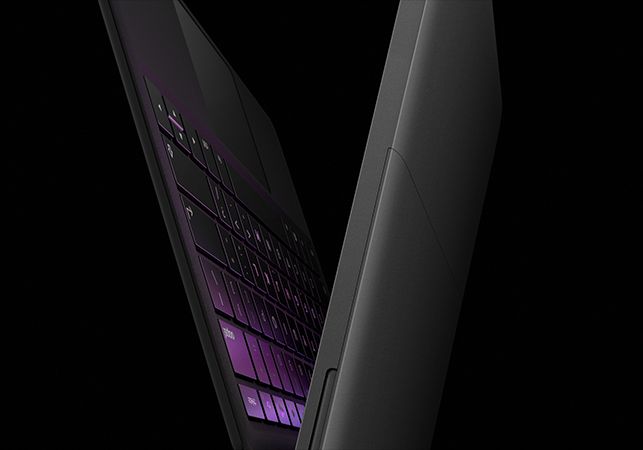 That keyboard may be one of the most interesting new features of the tablet. Connect it to the pins on the bottom of the tablet and it will allow you to type right away. Disconnect it, and the keyboard should automatically pair with the tablet within a few seconds, allowing you to keep typing even if the tablet is further away.

Eve-Tech says the tablet uses Bluetooth 4.2 and supports connections to up to three devices at a time: you can hit a key combination to switch from using the keyboard with an Eve V tablet to using it with your phone or another device, for example.

Eve-Tech says the keyboard should get up to 15 hours of battery life, and it automatically charges when connected to the tablet’s Pogo pins.

Other newly revealed specs include a 48 Wh battery that the company says should be good for up to 12 hours of battery life, a quad speaker system featuring four 1 watt speakers, a dedicated amplifier for the headphone jack, and dual noise cancelling microphones.

While the Eve V is designed to feature a lot of high-end specs, the tablet was developed with feedback from members of the Eve Community. Apparently they wanted long battery life, a high quality keyboard, and good audio… but didn’t care as much about camera quality in a tablet. So this is one area where Eve went cheap: the tablet will have a 5MP rear camera and a 2MP front camera.

Starting prices for the tablet are expected to be under $900 when the crowdfunding campaign begins later this month, while a top-of-the-line version is expected to cost $1800 or less.

Each model should have a Fingerprint sensor, GPS, an N-Trig digital pen with 1024 levels of pressure sensitivity, 2 USB 3.1 ports, a USB 3.1 Type_C port, a Thunderbolt port, a headset jack, and a microSD card reader.