The Eve V is a Windows tablet with a high-resolution display, an Intel Kaby Lake processor, and a keyboard cover. Eve-Tech is positioning the tablet as a competitors to Microsoft’s Surface Pro line of devices… with an emphasis on features that have been requested by potential customers.

The company made many of the design decisions for the tablet by running polls and asking questions to members of the Eve Community. And after teasing us with the final specs and design for the past few weeks, Eve has launched a crowdfunding campaign to raise the money needed to deliver the first 500 units.

You can make a pledge of $699 or more to request a tablet with an estimated ship date of February, 2017. 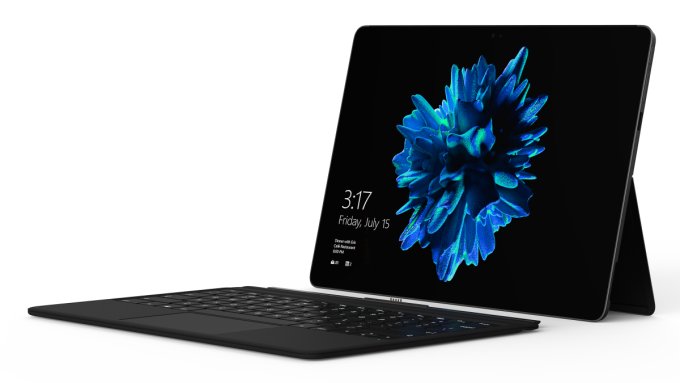 The tablet features a fanless design, 12.3 inch, 2736  x 1824 pixel display, a 48 Wh battery, quad speakers, a fingerprint scanner, two full-sized USB 3.1 ports, a USB 3.1 Type-C port, a Thunderbolt 3 port, a 3.5mm audio jack, a microSDXC card reader, a built-in kickstand and a backlit keyboard cover which can be used either while connected to the base of the tablet or used as a wireless keyboard when it’s detached.

Note that only a total of 500 devices are up for order during this initial campaign.

For a limited time during the start of the campaign though, Eve is bundling a “V Pen” digital pen for pressure-sensitive input for customers.

Eventually Eve plans to sell the tablets at higher price points and offer the pen as a separate accessory priced at $39.