Xiaomi announced two new smartphones today, including one with optional global LTE support and one with nearly no bezels around the screen. But that’s not all the company announced.

Xiaomi’s new Mi VR is a virtual reality headset that uses your phone as a display… much like any number of existing headsets. But this $29 model has a built-in motion sensor and works with a handheld 9-axis motion controller. 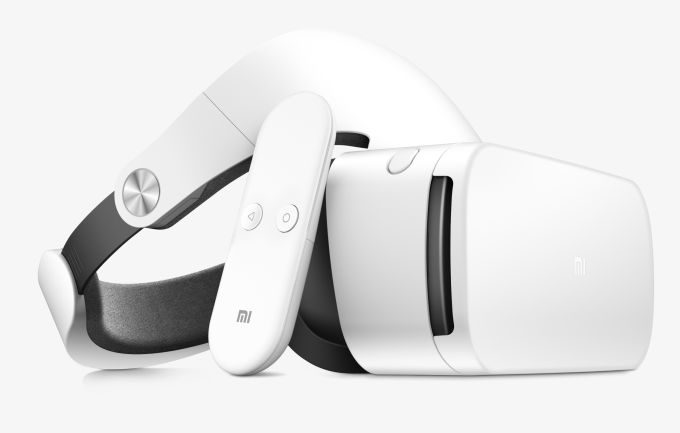 Xiaomi says the headset’s motion sensors feature 16ms low-latency, and the Mi VR can work with a number of recent Xiaomi smartphones including the Mi 5, Mi 5s and 5s Plus, and the Mi note 2.

The company is also introducing a new MIUI VR store for downloadable content. At launch, there are more than 30 VR apps and over 500 videos meant to be viewed with a VR headset.

Overall, the headset seems like a big step up from the model Xiaomi launched a few months ago, which was basically Xiaomi’s take on a Google Cardboard headset. But it’s a bit too early to say how it will fare against new headset based on Google’s Daydream VR platform.

Google is also said to be working on a new headset that supports eye-tracking technology, and which doesn’t use a smartphone for its display and processing power.