Ubuntu 16.10 Yakkety Yak is ready for download, which isn’t that surprising: there’s a new version of Ubuntu every 6 months. But the latest version includes a glimpse of the future: there’s a preview of the Unity 8 desktop environment.

What makes Unity 8 interesting is that it’s basically the same user interface that’s already available for phones that run Ubuntu software. That means you’ll have the same experience and be able to use the same apps whether you’re using an Ubuntu phone, tablet, or desktop computer.

Unity 8 is still only available as a technical preview, so you can check it out if you want. But by default, Ubuntu 16.10 will load the latest version of the Unity 7 desktop environment. 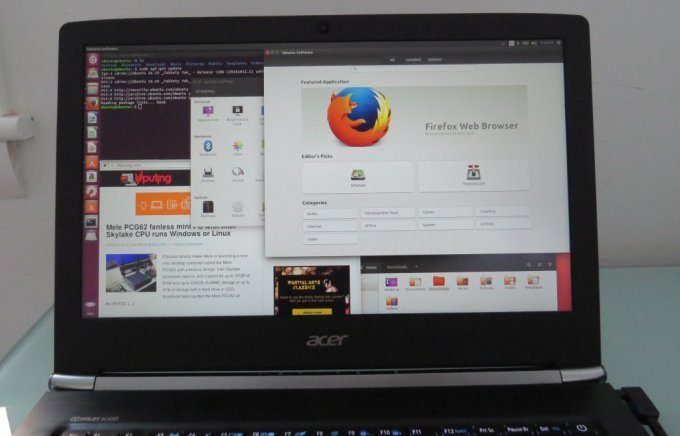 If you do decide to switch to Unity 8, you get a user interface that doesn’t look all that different, but which has been optimized for touchscreen displays (making it easier to move or resize apps with your fingertips, for instance). You also get support for “Scopes” which allow you to bring music, videos or other content into a floating window that’s the equivalent of a full-page smartphone screen.

Scopes make more sense on phones than desktops, since they allow you to basically treat media players, web sites like Reddit or Wikipedia, or other apps or services like a sort of cross between an app and a home screen widget.

Other new features in Ubuntu 16.10 include a move to the Linux kernel 4.8, a newer version of the Nautilus file manager (if you’re using Unity 7), and newer builds of LibreOffice, Firefox, and other core software.

If none of that sounds too exciting, then there’s not really that much reason to upgrade. Ubuntu 16.04, which launched earlier this year, is considered an LTS (Long Term Support) operating system. Ubuntu 16.10 is not. So you can stick with Ubuntu 16.04 for up to 5 years and continue to expect security and performance updates.

But if you want a better look at where Canonical hopes to take Ubuntu in the future, Ubuntu 16.10 provides a sneak peek.