Earlier this year Samsung launched a 2-in-1 Windows tablet with a high-resolution display, a detachable keyboard, and support for an optional digital pen.

While the Samsung Galaxy TabPro S initially sold for $899 and up, these days you can find a model with a Core M3 Skylake processor, 4GB of RAM, and 128GB of solid state storage for $799.

But if you’re willing to spend a little more, now there’s a new model with 8GB of RAM and 256GB of storage. The new Samsung Galaxy TabPro S Gold Edition is available from Best Buy for $1000. 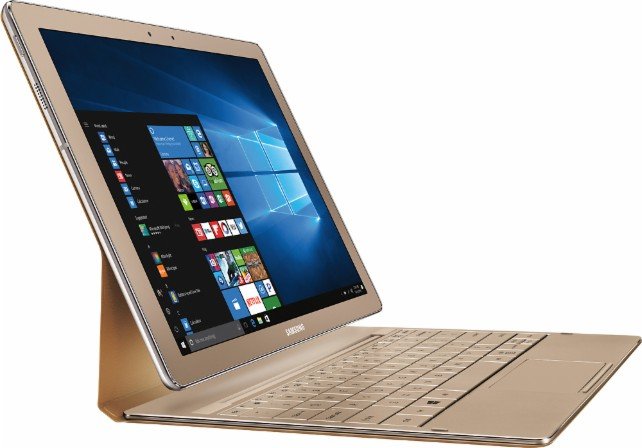 As the name suggests, the spec bump isn’t the only thing that sets this model apart from cheaper versions of Samsung’s tablet. It also has a gold-colored case and comes with a gold keyboard cover.

Most of the other specs remain unchanged.