Samsung may not be selling the Galaxy Note 7 anymore, but if you’ve got your heart set on buying a new Samsung device with S-Pen support, now there’s another option. It’s just not a phone.

After launching the Samsung Galaxy Tab A 10.1 with S-Pen in Korea in September, Samsung has announced that it’s bringing the 10 inch tablet to the United States.

It should be available for $350 starting October 28th. 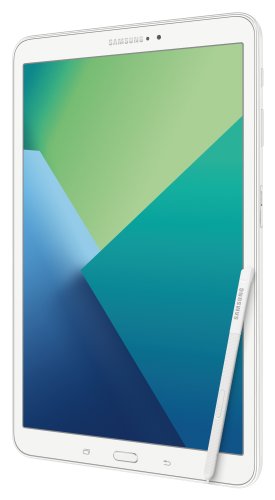 Like most of Samsung’s A-series devices, the Galaxy Tab A 10.1 features a mix of mid-range and premium specs.

The Samsung Galaxy Tab A 10.1 with S-Pen is also reasonably svelte, at 0.32 inches thick and about 1.2 pounds.

But the tablet has just 16GB of built-in storage and it’s powered by an Exynos 7870 processor with eight ARM Cortex-A53 CPU cores and Mali-T830 graphics. It’s not exactly the company’s most powerful processor. But it’s also not the fastest.

Other features include an 8MP rear camera and 2MP front camera, a USB 2.0 port, and black or white color options.

While Samsung is offering a 4G LTE model in Korea, that does not appear to be an option for US buyers (yet).