It also has a full-sized mechanical keyboard with a touchpad on the right side instead of below it.

But the Razer Blade Pro is also one of the most expensive laptops to date: It’ll sell for $3699 when it goes on sale in November. 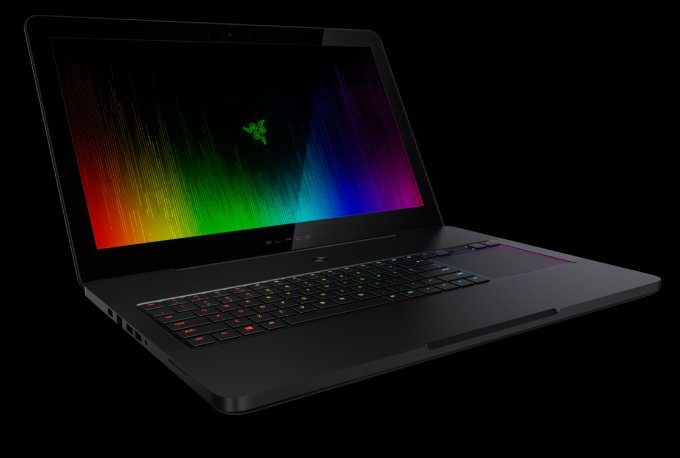 Earlier this year Razer launched a mechanical keyboard cover for the iPad Pro, and the company has used the same low-profile mechanical keys for the Razer Blade Pro laptop.

All told, the Razer Blade Pro has the kind of hardware you’d expect to find in a gaming desktop PC. But it’s a laptop.

That said, it’s not exactly the most compact laptop on the market. It measures about 16.7″ x 11″ 0.9 inches thick and weighs about 7.8 pounds. I also wouldn’t expect to get stellar battery life while using the system for gaming, even with its sizeable 99 Wh battery.