Nintendo is giving us an early look at the game console that will replace the Wii U. And it looks… unlike anything else on the market right now.

It’s called the Nintendo Switch, and it’s not just a game console that you plug into your TV. It also transforms into a portable gaming tablet.

A video is worth a thousand words though, so take a look at the switching action:

So basically it looks like the guts of the game console are stuffed into a tablet. Put it in a docking station and you can plug the Nintendo Switch into a TV while sitting back on your couch and playing games with a wireless controller.

Want to play while you’re not at your TV? Just slide the gaming buttons off the side s that wireless controller, slide them onto the ends of the tablet, and remove it from your dock. 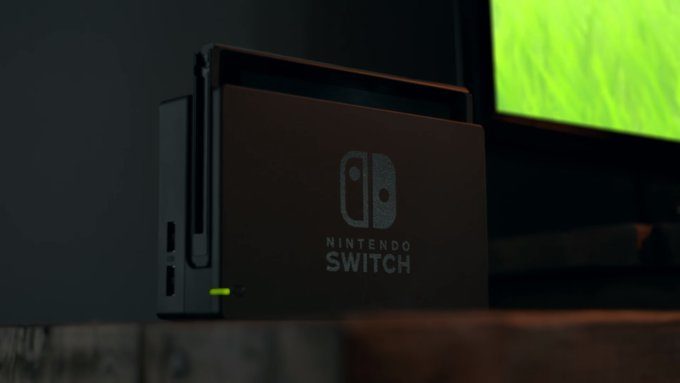 What you’ve got is a gaming tablet with physical buttons, a reasonably large display, and a battery that keeps you gaming on the go.

The demo video shows that the tablet has a built-in kickstand and headphone jack in case you want to prop up the tablet on a table and detach the gamepads from the sides to use them wirelessly (in an airplane, for instance). 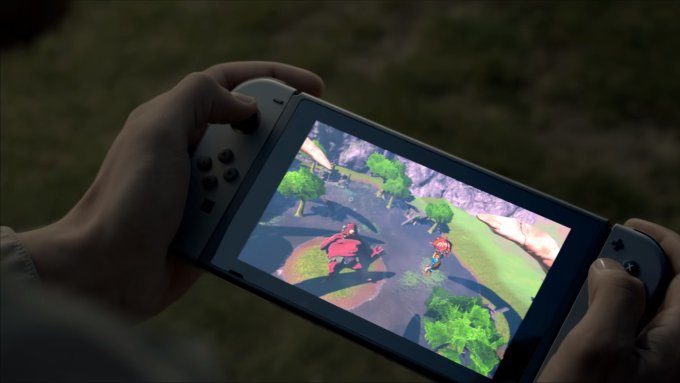 When you get home you can keep playing where you left off by plugging the system back into its dock. There’s also support for multi-player games: you can use multiple wireless controllers with a single Switch… or pair multiple Switches so that more that a group of people can participate in multiplayer games while looking at separate tablets.

It also looks like games will come on tiny cartridges that fit into a slot on the side of the tablet.

While Sony and Microsoft have largely been duking it out in recent years by trying to produce PC-like game consoles with the most processing power, Nintendo has a history of competing with unique ideas (like the motion controls that enabled a new type of experience for the Wii and the Balance Board for Wii Sports and other exercise-oriented activities).

It looks like the Nintendo Switch could be set to carry on that tradition. It’s unlikely this portable gaming tablet will have the same kind of raw horsepower as the next-gen Xbox and Playstation consoles. But it might not need that kind of power to succeed… assuming the price point and list of games compatible with the system are as promising as the demo video.

The Nintendo Switch is expected to hit the market in March, 2017.