The makers of the $9 CHIP mini computer that launched last year are introducing two new devices: a $16 version called the CHIP Pro, that’s designed for folks interested in building their own gadgets and a $6 system-on-a-chip called the GR8 SIP which is available to anyone that just wants the processor and RAM.

While the original CHIP has proved popular with hobbyists looking to built their own computer systems, the CHIP Pro is a small, low-power, Linux-based computer designed to be easy to work with when making prototypes of electronics projects… and then which can also be integrated into the final designs.

The GR8 SIP, meanwhile, is basically the chip that powers the CHIP Pro. 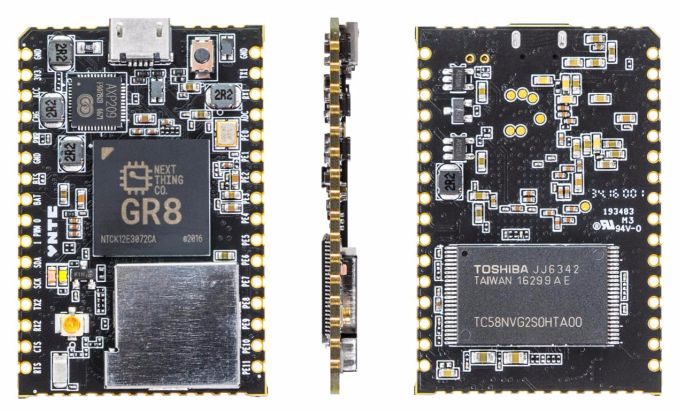 Meanwhile, the CHIP Pro puts that processor into a package that features 802.11b/g/n WiFi, Bluetooth 4.2, dual microphones, and 256MB or 512MB of storage.

Next Thing Co is already taking orders for the new products, and says they should ship in December.