Microsoft is expanding its Surface line of computers. First there were tablets. Then there was a laptop. Now there’s an all-in-one desktop.

It’s called the Surface Studio, and as the name suggests, it’s a high-performance machine designed for “creators,” which makes sense in light of the next version of Windows 10 being called the “Creators Update.”

It’s also a high-priced machine for professionals (or other folks who can justify spending a lot of money on a desktop PC). The Surface Studio goes up for pre-order today for $2,999 and up and it will be available in Microsoft Store locations for folks that want to try out the computer in person. 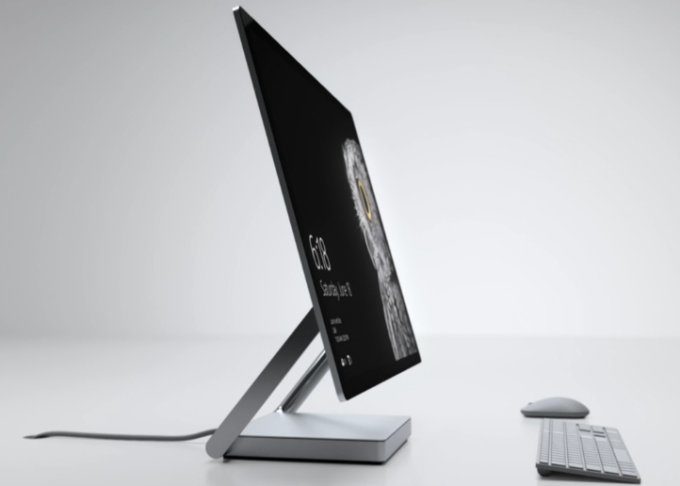 In other words, this is a computer that has way more power than you need to surf the web and watch YouTube videos. But for video editors, graphic designers, and other folks that need a lot of horsepower from a PC, the Surface Studio has it.

Oh yeah, it also support pen input and features a hinge that lets you lie the PC flat and write, draw, or otherwise create directly on the computer without using a mouse and keyboard. 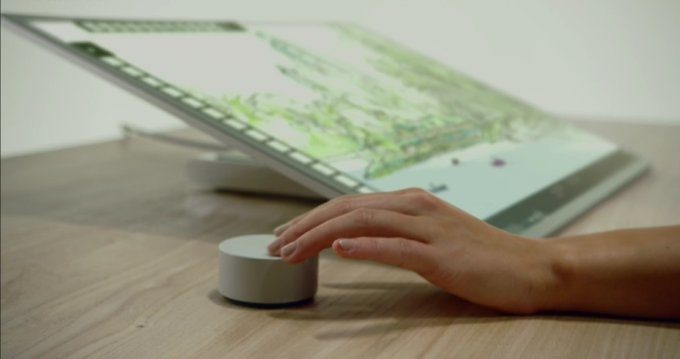 There’s also support for a new accessory called the Surface Dial, which you can place on the screen to interact with it in new ways.

The Dial can also be used next to the computer.

The Dial also works with other Surface hardware including the Surface Book or Surface Pro 3 or Surface pro 4 tablets.

The Surface Studio computer itself has a 28 inch PixelSense 4500 x 3000 pixel  touchscreen display with a 3:2 aspect ratio, 192 pixels per inch, and a total of 13.5 million pixels. But system has an aluminum enclosure and houses a 1.3mm LCD and the whole thing measures just 12.5mm (0.5 inches) thick. 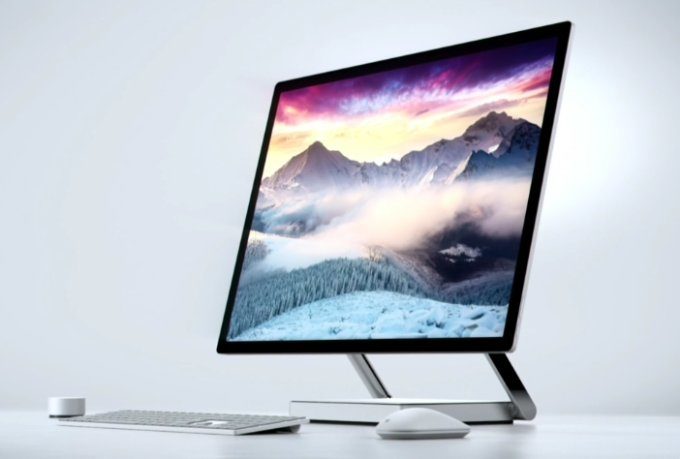 Microsoft’s Panos Panay says it’s the thinnest desktop monitor ever created. But what may be more important than the screen’s thickness is its accuracy: the Surface Studio has what Panay calls a “True Scale” screen, where 1 inch on the screen is the same as 1 inch in real life. You don’t need to hit print preview when editing a Word document, for example, because what you see on the screen is pretty much identical to what you’d see if you printed the document.

The computer is powered by an Intel Core i7 processor and NVIDIA GeForce GTX 980M graphics. It supports up to 32GB of RAM and up to 2TB of storage. 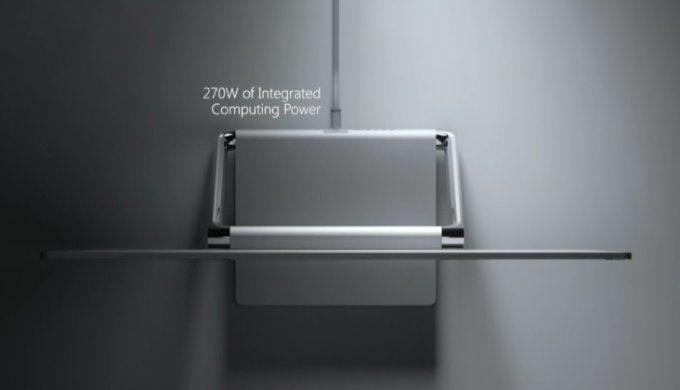 There are Mini DisplayPort, Ethernet, SD card, and audio jacks, as well as three USB 3.0 ports. And the base features integrated 2.1 channel stereo speakers.

The system comes with an integrated 270 watt power adapter.

Other features include a mic for use with the Cortana voice assistant, a Windows Hello-ready Surface Studio camera, and support for Xbox wireless controllers.

Microsoft says the Surface Studio will be available in limited quantities, and according to the Microsoft Store website, it should begin shipping to customers on December 15th.

Oh, and that $2,999 price tag? That gets you a model with 8GB of RAM, 1TB of storage, an Intel Core i5 Skylake processor and NVIDIA GeForce GTX 965M graphics.