LG’s fancy V20 smartphone goes on sale in the United States this month. It has a high-resolution display and a secondary, ticker-style screen above the main screen. There are dual cameras on the back, a fingerprint sensor, and top-tier specs. It’s also one of the first phones to ship with Android 7.0 Nougat pre-installed.

Want a smaller option? It looks like LG has one. But it will only be available in Japan… at least for now. 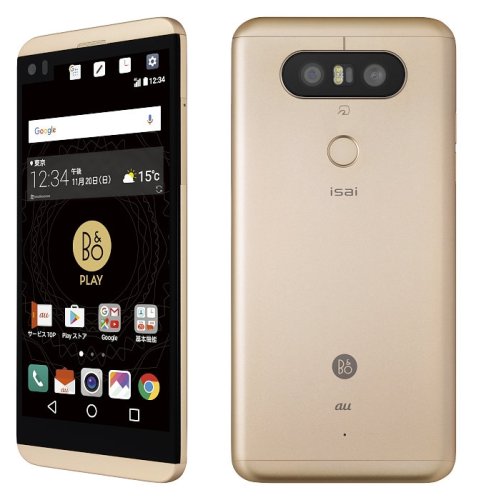 Japanese wireless carrier is offering a phone called the LG V34. It looks virtually identical to the LG V20, except for two things:

Everything else is pretty much the same, including the Snapdragon 820 processor, 4GB of RAM, 32GB of storage, and 2560 x 1440 pixel display.

The smaller phone even has the same 3,000 mAh battery as its larger sibling.

Unfortunately the V34 will only support Japanese wireless networks, which means you probably won’t be able to export this phone to another country and expect it to work.

The LG V34 is expected to ship in Japan in mid-November.

via GSM Arena and Mobilissimo