Google’s new Pixel smartphones have a bunch of exclusive features including the new Pixel Launcher, Google Assistant, and the latest Google camera app. But there’s on feature that’s no longer a Pixel exclusive: the new Wallpapers app that comes pre-loaded on the phones.

It’s now available from the Google Play Store, and it should run on most devices running Android 4.1 or later. 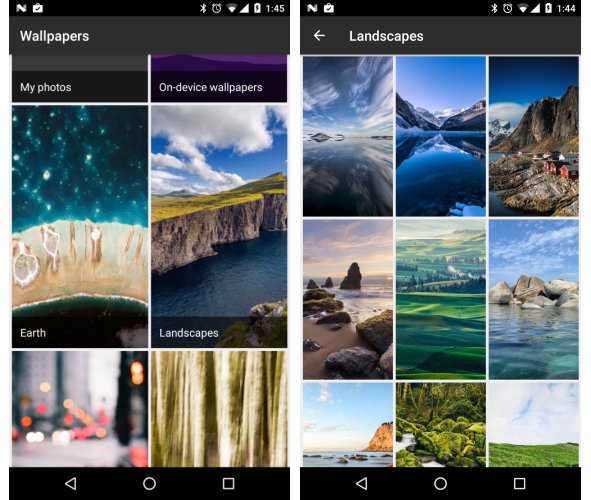 The app features a series of collections of wallpapers arranged in categories including “Earth,” “Landscapes,” “Cistyscapes,” “Life,” and “Textures.”

Google says the photos will be continually updated, and it includes photos curated from Google, Google Earth, Google+ and 500px.

Some categories also have a “Daily wallpaper” option, which automatically changes your background image with another picture from the collection once each day.

If you’re using a phone running Android 7.0 or later, you can also use the app to set different wallpapers for your home screen or lock screen (right not this only applies to a few phones including the Pixel, 2015 Nexus family, and the new LG V20… but hopefully more phones will be updated to Android 7.0 in the coming months).