Google is getting into hardware in a big way this year, with the launch of its Pixel-branded smartphones, the Google Home connected speaker, and even WiFi routers and VR headsets that will be sold under the Google brand.

But not all of Google’s hardware is aimed at consumers. The company has just unveiled a new 55 inch digital whiteboard designed for use in the workplace. 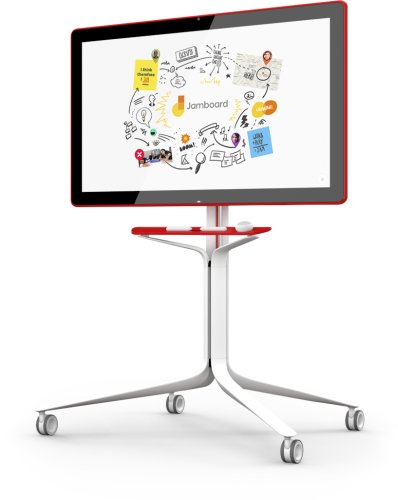 Jamboard features a 4K display, multiple styluses, a digital eraser, and a touchscreen that can also handle finger input.

You can use the system to sketch ideas and collaborate in real-time and back up your notes to the cloud. Jamboard taps into Google Search, Docs, Slides, and Sheets, among other services

The system also has an HD camera and speakers to support video conferencing with Google Hangouts.

While it won’t be available to the public until 2017, Google is allowing some G Suite business customers to beta test the hardware starting today.

The $6000 price tag seems pretty steep… until you compare Jamboard with the competition. A 55 inch Microsoft Surface Hub sells for $8,999.

But Microsoft’s digital whiteboard is also a full-fledged Windows PC that can run a wide range of applications including OneNote and Skype.