After unveiling a new smart home hub/voice-activated speaker called Google Home in May, Google is getting ready to begin selling the device.

Google Home basically Google’s answer to the Amazon Echo line of products, but it has one key feature that could help set it apart: tight integration with Google’s ecosystem… including the Android operating system that powers most of the world’s smartphones.

Google will begin shipping Google Home in November, and it will sell for $129. 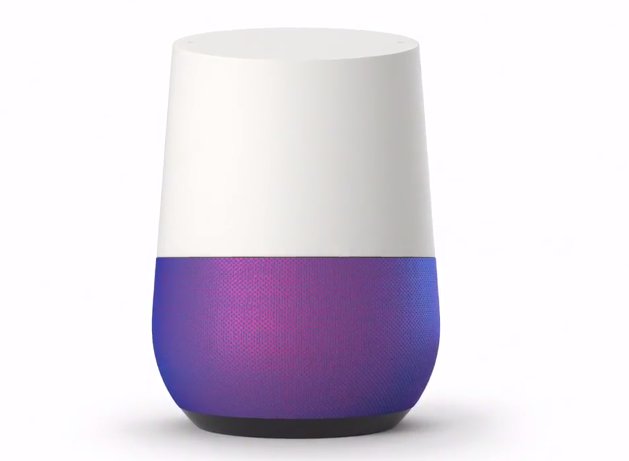 Like Amazon’s Alexa-powered products, you can use Google Home as a voice-controlled speaker (just ask it to play music and it will). Or you can ask it questions, control any connected smart home products, and perform basic tasks. But instead of Alexa, the secret sauce of Google Home is the Google Assistant software.

The device itself is designed to fit into your home as a decorative, vase or candle-like object. The bases are also swappable, allowing you to change the color of Google Home.

But it’s also got some gadgety-goodness, including LEDs on the top that light up when the device is listening to your voice.

If they’re not lit up, the device shouldn’t be listening to anything you say unless it hears you say “OK Google,” first. Not good enough? There’s also a physical mic-mute button that lets you disable voice detection altogether.

The top is also touch-sensitive, allowing you to pause, adjust volume, or trigger Google Assistant without using your voice.

The device also works with Chromecast, allowing you to send an audio or video to your TV or speaker just by asking. Voice controls also let you pause or play a video. Netflix is also working on adding support for “voice casting” through Google Home, allowing you to say things like “OK Google, watch Stranger Things on my TV.”

And Google Home also acts as a Chromecast Audio receiver, allowing you to beam music or other audio from a phone to the hub. Or you can use Chromecast’s multi-room audio features to play music in multiple rooms.

You can also interact with smart home products with your voice thanks to support for Nest, Samsung SmartThings, Philips Hue, and IFTT.