The BLU R1 HD is a cheap smartphone that probably wouldn’t have gotten much attention when it launched the summer if it weren’t for a deal that made it really cheap: as an Amazon Prime Exclusive smartphone, you could buy one for as little as $50.

For that price, you get a phone with a 5 inch, 720p display, a 1.3 GHz quad-core processor and 2GB of RAM. It also didn’t take hackers long to figure out how to root the BLU R1 HD and get rid of the ads Amazon placed on the phone without paying the extra $50 you’d have to spend if you went through the usual channels.

Now Amazon has stopped selling the Blu R1 HD, but there may be a good reason for that: it looks like a BLU R1 Plus smartphone is on the way. 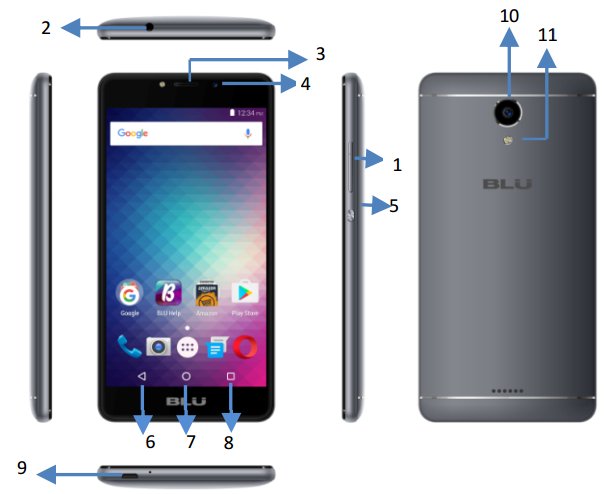 A new phone called the Blu R1 Plus showed up at the FCC website recently, and a glance at the user manual shows an awful lot of Amazon apps on the home screen, suggesting that this could be another Amazon Prime Exclusive.

So what’s new? It’s a bit hard to say at this point, but one difference is that the Blu R1 Plus has a MediaTek MT6737V  processor, while the BLU R1 HD has an MT6735 chip. They’re both quad-core ARM Cortex-A53 processors, but the MT6737 should offer a small boost in performance, and a bigger bump in efficiency, which could lead to longer battery life.

Like the Blu R1 HD, the new phone seems to support dual SIM cards and has a micro USB port and 3.5mm headphone jack.

While it comes with the Amazon shopping, Drive, Kindle, Music, Video, Photo, and Alexa apps pre-installed, the phone also comes with the Google Play Store and other Google apps including Gmail, Maps, YouTube, and Play Music.

There’s no word on how much the new phone will cost or whether it will be only available to Amazon Prime members in the US.