BlackBerry’s next Android-powered smartphone is now available for pre-order. B&H is selling the DTEK60 for $500.

No release date is listed yet, but the phone is said to be “coming soon.”

As expected the BlackBerry DTEK60 seems to be the big sibling to the DTEK50 that launched earlier this year. It has a similar design and similar software, but a bigger screen and beefier specs. It’s also priced $200 higher. 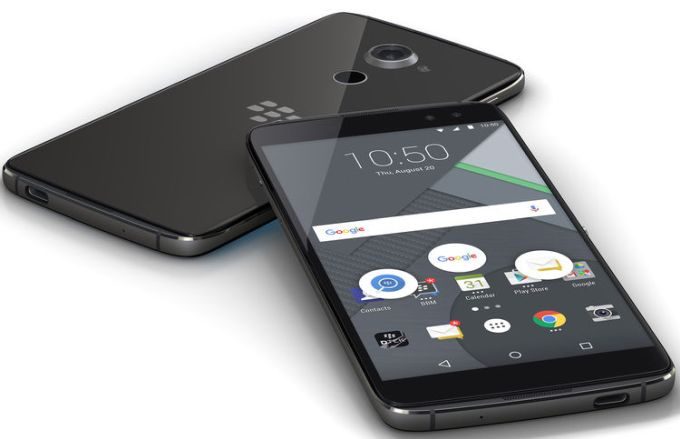 It features a USB 2.0 Type-C port, a mciroSDXC card slot, and a 3.5mm headphone jack.

There’s a 21MP rear camera with phase detection auto-focus and support for 4K video recording, and an 8MP front camera. There’s also a fingerprint sensor on the back of the phone.

The BlackBerry DTEK60 has a 3,000 mAh and support for Qualcomm Quick Charge 3.0.

In keeping with BlackBerry’s new strategy, the phone’s hardware was not designed in house. Instead, the DTEK60 appears to be a variant of some of TCL/Alcatel’s latest phones. But in addition to Google Android 6.0 software, the BlackBerry version includes BlackBerry’s suite of Android apps for communication, security, on-device search, and more.