Asus made a splash in the low-cost Windows tablet space a few years ago with the introduction of the Transformer Book T100, a 10 inch tablet with an Intel Atom processor, a detachable keyboard, and a sub-$400 price tag.

Last year the company followed up that tablet with the T100HA, featuring a faster processor and more RAM.

Now Asus is getting ready to ship a newer model called the Transformer Mini T102HA. While the $399 list price might not seem quite as cheap in 2016 as it did a few years ago, the new version does have a few welcome additions.

It’s available for pre-order from several stores including Amazon and B&H. 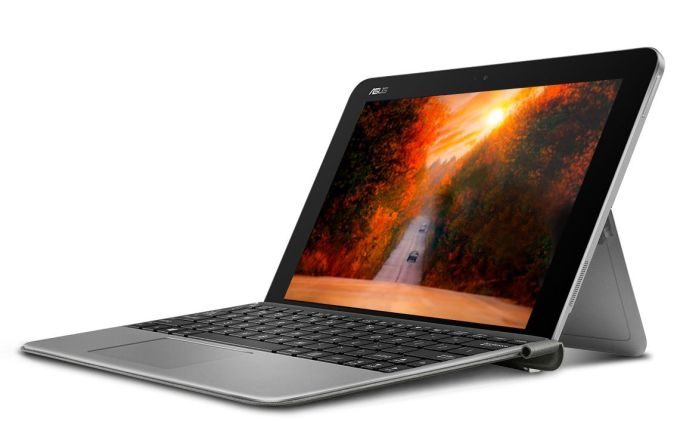 The new model is also a bit more compact than its predecessors: the tablet and keyboard combined weigh about 1.7 pounds and measure about 0.6 inches thick. The tablet alone is less than 1.2 pounds.

Another new features is a fingerprint sensor with support for Windows Hello secure login capabilities.

One change that’s likely to make some Transformer Book fans unhappy? The new Transformer Mini has a kickstand and soft keyboard cover that’s more like a Microsoft Surface keyboard than the hard, laptop-like cover used for older models.

Other features for the T102HA include a USB 3.0 port, a micro USB port, a micro HDMI port, a microSD card slot, and a 3.5mm headset jack. The tablet supports 802.11ac WiFi and Bluetooth 4.1, and it features a 2MP webcam.

When Asus first introduced the Transformer Mini, the company said it would be available in 64GB and 128GB models… so it’s possible that a cheaper 64GB model could join the 128GB version that’s up for pre-order for $399. But it’s also possible that the other model will only be available for purchase in select markets.