Apple is introducing new features for its Apple TV hardware, including support for new types of apps (such as Twitter, which allows you to see social media reactions to shows you’re watching), as well as new games coming to the platform (Minecraft is on the way).

The company has also unveiled a new TV app which runs on Apple TV as well as mobile devices including an iPad or iPhone.

TV is basically a unified interface for accessing content from your installed apps as well as from iTunes. 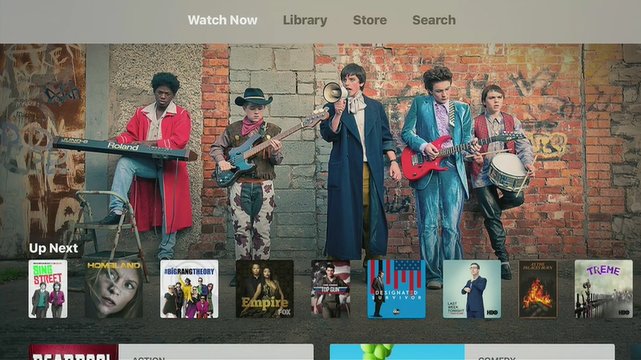 The new app mean that you don’t need to remember which app to launch to view each program or movie… they’re all in one place. And by “all,” I mean all the content that’s made available by partners that tap into Apple’s system.

That includes Hulu, HBO Now, Showtime, CBS, CNN Go, and the CW… but notably missing from the lineup? Netflix.

Still, it’s a promising start for a TV service that doesn’t require you to launch a bunch of different apps one at a time. Not only can you watch programs from different apps in one user interface, but the TV app will also recommend programming to watch next.

It also remembers your location, so you can start watching on an iPad and then pick up where you left off on Apple TV, or vice versa.

There’s also a “live” option that lets you bring up live content from supported apps installed on your device.

The TV app will be available through a free software update fro the Apple TV, iPhone, and iPad in December.