The most notable thing about Apple’s new MacBook Pro laptops is the Touch Bar and fingerprint sensor above the keyboard. But it turns out that not all of the company’s new laptops have the distinctive new touch panel in the place where you’d normally find Fn keys.

Priced at $1499 and up, this laptop is about $300 less than the most affordable model with a Touch Bar… but it also has less processing power. 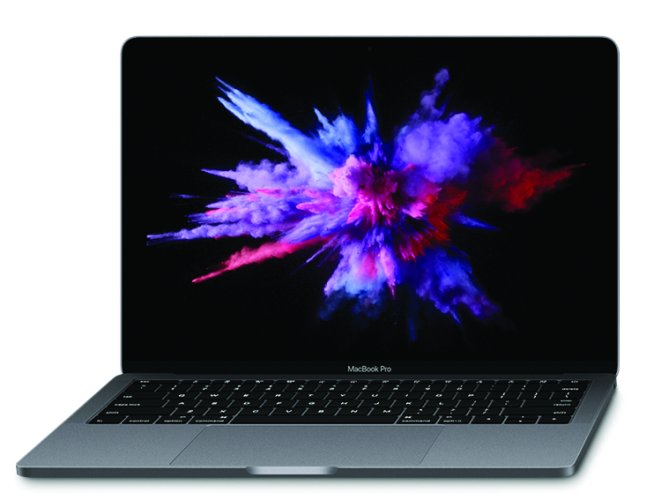 But that might be because it’s not necessarily aimed at customers who might be considering a $1799 model. Instead, Apple is positioning the new MacBook Pro as a step up for MacBook Air or MacBook users.

The company will continue to offer MacBook Air models for $999 and up, along with the super-slim MacBook which sells for $1299 and up.

But the new $1499 MacBook Pro 13 is both thinner and features a more compact design than a 13 inch MacBook Air. But just like the Air, the MacBook Pro weighs just 3 pounds.

This model has an Intel Skylake dual-core processor with Iris 540 graphics, two Thunderbolt 3/USB Type-C ports (either of which can be used for power, display output, or as USB or Thunderbolt ports), and a solid state drive capable of handling data transfer speeds of up to 3GB/s.