The first phones to ship with Android 7.1 are coming soon, but the Google Pixel phones won’t be the only devices capable of running the next version of Android.

Google has announced that an Android 7.1 Developer Preview is coming this month. At launch it’ll be available exclusively for the Nexus 5X and Nexus 6P smartphones and the Pixel C tablet.

But a stable build of Android 7.1 should be available by December, and at that time Google will make the software available for the Nexus 6, Nexus 9, Nexus Player, and some Android One devices as well. There’s no word on when third-party device makers will jump on the Android 7.1 train — while the operating system won’t officially launch until December, we have seen some companies offer developer previews in the past. 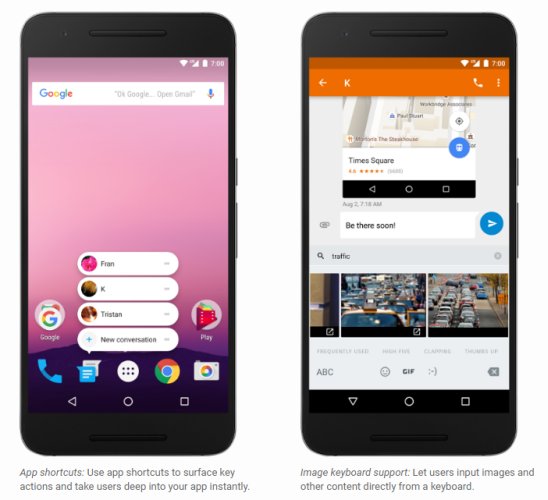 So what’s new in Android 7.1? Google’s announcement is primarily aimed at developers, so it emphasizes new features that they’ll be able to tap into.

Android 7.1 is also expected to include support for Seamless updates on some devices (allowing operating system updates to be downloaded and installed in the background), a Night Light feature that reduces blue light at night time, and support for Google’s Daydream VR platform (on some phones).

If you have a supported device, you can register for the Android Beta program to receive the developer preview when it’s launched.