The $40 media streamer looks almost exactly like it predecessor, but as I noted when the new model was announced last month, it has a faster processor, support for HEVC video streaming, 802.11ac MIMO WiFi for faster internet connections, and the new model comes with an Alexa-ready voice remote control (something that used to cost $10 extra).

But it turns out there are actually a few other bonus features that Amazond doesn’t publicize.

For example, the new Fire TV Stick still has just one micro USB port, which is normally just used to connect a power source.

But AFTV News discovered that you can connect a whole bunch of accessories by using an OTG USB adapter. Here are some of the things you can connect to a 2nd-gen Fire TV Stick’s USB port:

You can even connect a USB hub, allowing you to use multiple devices simultaneously… although as the picture above shows, if you start to go too crazy with that, you’ll end up with a mess of wires and gadgets that sort of gets in the way of one of the Fire TV Stick’s key selling points: it’s a compact device that you can just plug into the back or side of your TV to start streaming media.

Still, it’s nice to know you could connect a keyboard or other accessory when first setting up the Fire TV Stick. That could make the process of entering passwords a whole heck of a lot simpler.

While it’s technically possible to use USB accessories with a 1st-gen Fire TV Stick, you have to root that device and make some changes to the operating system in order to do it.

So that’s one cool thing about the new Fire TV Stick. One thing that’s not as cool? Apparently Amazon has removed the ability to adjust the display size.

In related news, Variety has a sneak peek at the new Fire TV user interface which should begin rolling out later this year. 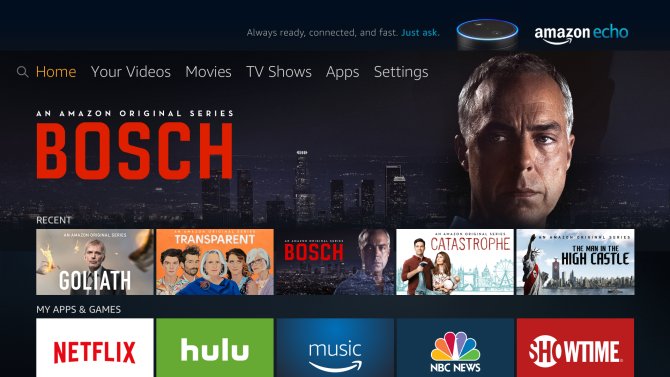