Alcatel’s Xess is a 17.3 inch all-in-one Android device that you can use as a big tablet, a small TV, or… whatever it is you’d use a really big touchscreen device for.

If the 17.3 inch model is a bit too big for you, though, soon you’ll have another option: Alcatel’s parent company TCL has just introduced a new model called the Xess mini. 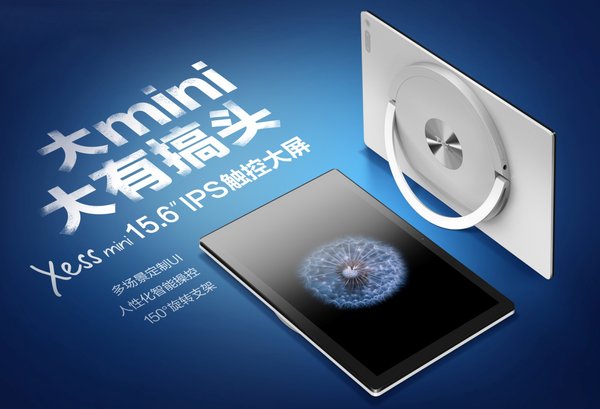 The Xess mini has a 15.6 inch touchscreen display and an adjustable kickstand built into the case, allowing you to position the tablet flat on a table or other surface or prop it up at 30 degree, 50 degree, or 75 degree angles for drawing, web browsing, or watching videos, among other things.

The tablet is powered by an unnamed octa-core processor and it features TCL’s custom version of Android with support for viewing multiple Android apps on the screen at the same time (a feature which is baked into Android 7.0, but I’m pretty sure this tablet will ship with an older version of Google’s operating system).

TCL hasn’t announced a price or release date yet, but the original Xess is currently available for $500.