Sony introduced a Future lab program in March, to showcase prototypes of hardware concepts that may or may not eventually come to market. The company is now taking applications for beta testers who want to try out the Future Lab N wearable “voice interaction system” for hands-free interactions with a phone.

And now Sony has unveiled a new Future lab concept called T. It’s basically a system that turns any flat surface into a smart table that can detect and interact with physical objects. 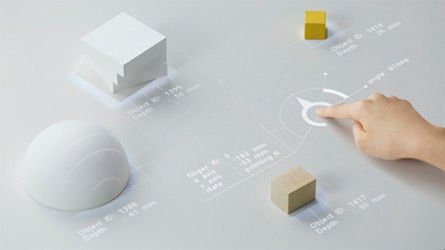 Here’s the idea: T can recognize objects, motion, and depth. There’s a projector and depth-sensing system that you position above the table or desk, and it allows you to make gestures, draw lines, or manipulate objects on the surface. 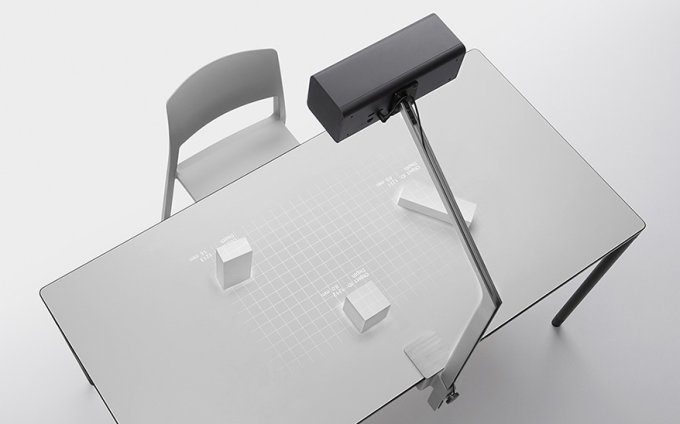 Sony says the system could be used in a variety of ways. For instance, one example shows an interactive book experience: open Alice in Wonderland and drag images from the pages of the book onto the surface. Place a deck of cards or other items on the table and the graphics will know where they are and make sure not to cover them.

While I’m not really sure how often you’d want to interact with a book that way, it shows the potential for games or interactive story telling. Sony also envisions the T system being used on showroom floors, retail spaces, or for collaboration efforts in office spaces.

Here are a few more videos showing the T prototype in action: