Jide Technology’s Remix OS is an Android-based operating system that takes Google’s mobile OS and makes it feel more like a desktop OS. It ships on a handful of tablets, mini-desktops, and other devices, and earlier this year Jide released Remix OS for PC, allowing just about anyone to download and run the operating system on computers with Intel or AMD chips.

Don’t want to go through the hassle of switching operating systems on your PC just so you can run a few games? Now you can use Jide’s new Remix OS Player to run Android apps inside of Windows. 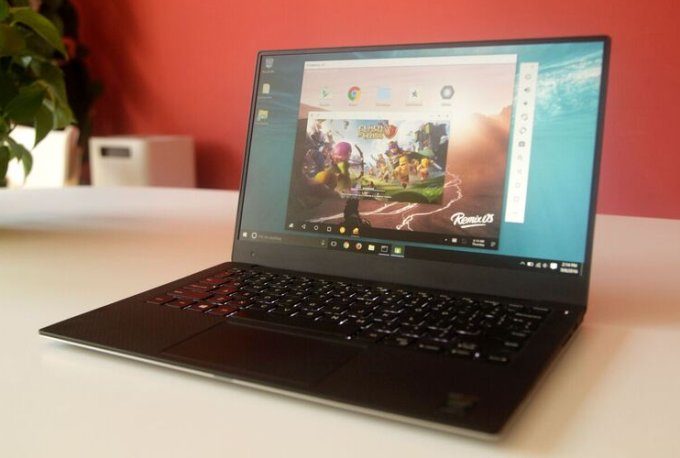 Remix OS Player is free an Android emulator that lets you run an Android environment inside of your current operating system. Just download and run an .exe file to get started.

The Remix OS Player has all the same features you get with Remix OS: it’s a fully functional, customized version of Google Android. The only difference is that it runs as a desktop app, which means you can interact with the Android environment without rebooting your computer.

Any Android apps that work with Remix OS for PC should also work in the Remix OS Player. That means you can play games, use mobile chat apps, or even web browsers, office software, or other apps… although I’m not sure if there’s any real advantage to running the mobile versions of those apps when you can also just fire up their desktop equivalents.

I suspect the primary appeal of Remix OS Player will be the ability to download and play Android games from the Play Store.

Speaking of the Play Store, it’s loaded in the Remix OS Player, but it’s not enabled by default. Before you can access Google’s store for games, apps, and media, you’ll need to run the Play Activator app. 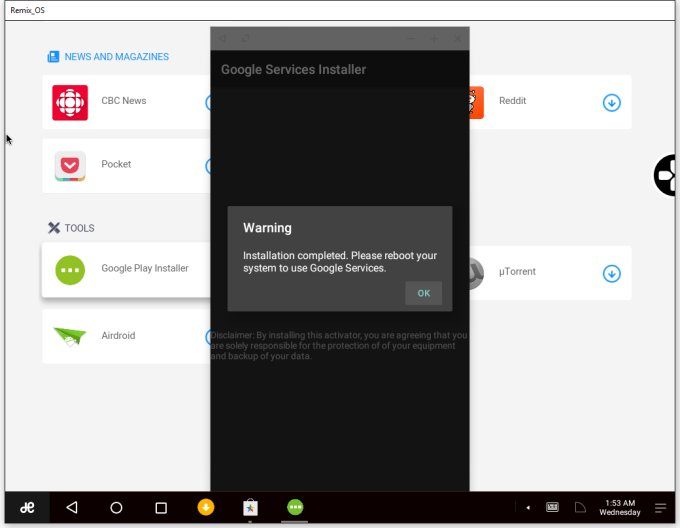 But the Android emulator was kind of sluggish once it was up and running on my Windows 10 laptop with a Core i5 Ivy Bridge processor, and I had a hard time getting some of the apps and games I installed to run at all (Evoland and Minion Rush both crashed every time I tried to run them). 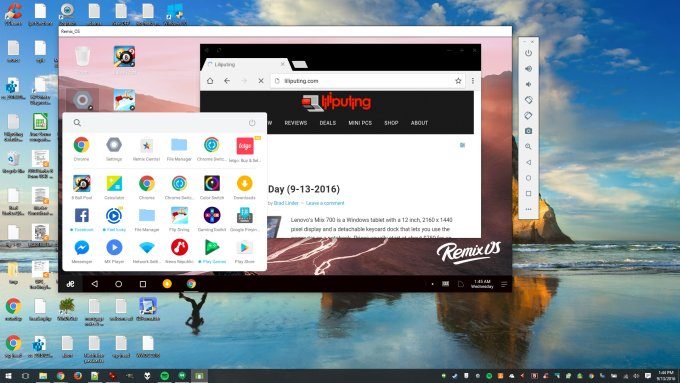 Your results may vary, and there are advanced options that allow you to adjust the virtual screen resolution and choose how much RAM to make available to the Remix OS Player (between 1GB and 3GB).

Jide isn’t the first company to release an emulator that allows you to play Android games and run other apps on a PC. BlueStacks has been offering similar software for years.

Other options include Genymotion, Andy, and AMIDuOS.

But unlike some other options, Remix OS includes multi-window support and other tweaks to make the software feel more like a desktop OS, including a taskbar and Start Menu-like app launcher.