First envisioned as a system to help students learn to program, Raspberry Pi devices have been turned into home media center PCs, home automation systems, brains for robots, and many other things.

The latest flagship computers in the Raspberry Pi family continue to sell for just $35, but that price doesn’t include things like storage, a case for the single-board computer, and other accessories. But a whole ecosystem of official and third-party peripherals have grown around the Raspberry Pi Platform. 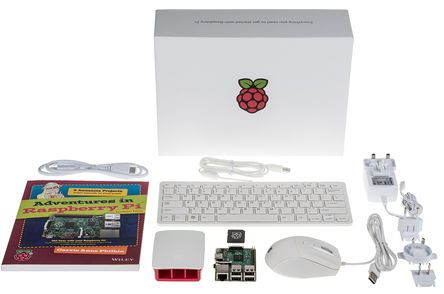 You don’t need to spend that kind of money to get started. Already have a mouse and keyboard? You can use those. The Raspberry Pi also works pretty well without a case. And if you already have an SD card, you can install the same NOOBS software on it that you’d get with the card that comes with the kit.

But it’s always nice to have more options.

Speaking of options, what started off as a single credit card-sized computer has grown into a whole range of products. These days there’s not just a single computer called the Raspberry Pi. For $35, you can pick up a Raspberry Pi 3 Model B. Or if you’re looking for something more compact, there’s the $5 Raspberry Pi Zero. And then there’s Model A hardware, the Compute Module family, and older versions of the Raspberry Pi.