Qualcomm may be developing one of the first processors to use ARM’s new Cortex-A73 architecture. Details about an unannounced Qualcomm 653 chip have been posted on Chinese social network Weibo. 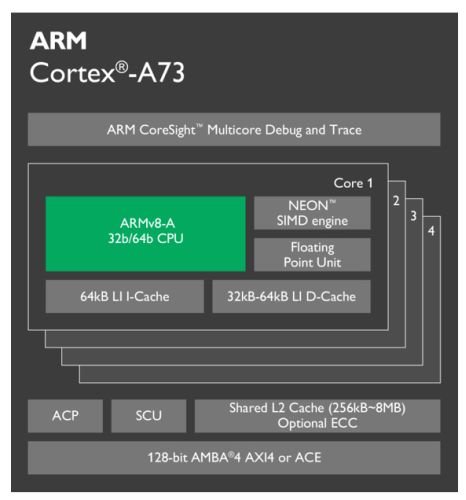 The chip is said to have the model number MSM8976 Pro, but it’ll likely be branded as a Qualcomm Snapdragon 653 processor.

At first glance, the new chip seems like a more powerful version of Qualcomm’s Snapdragon 652 chip for mid-range phones and tablets. The 653 allegedly has higher CPU clock speeds, improved LTE support, and a few other spec bumps.

But the biggest difference may be the move from Cortex-A72 to Cortex-A73.

ARM says the new design is aimed at virtual reality systems and other applications that require strong performance not just in short bursts, but over a sustained period. Under some conditions, the new architecture should offer 30 percent better sustained performance and power efficiency.