Popular media center application Plex allows you to set up a personal media server so that you can stream your videos to just about any PC, phone, tablet, or other device over a home network or over the internet. But up until now you’ve needed to set up an always-on PC or network-attached-storage device to do that.

Now Plex is launching a new service called Plex Cloud that allows you to upload your media to the internet and stream it even if your media PC (or NAS) is offline.

Plex Cloud is launching initially as an invite-only beta for Plex Pass subscribers, but it should eventually make its way to other users. 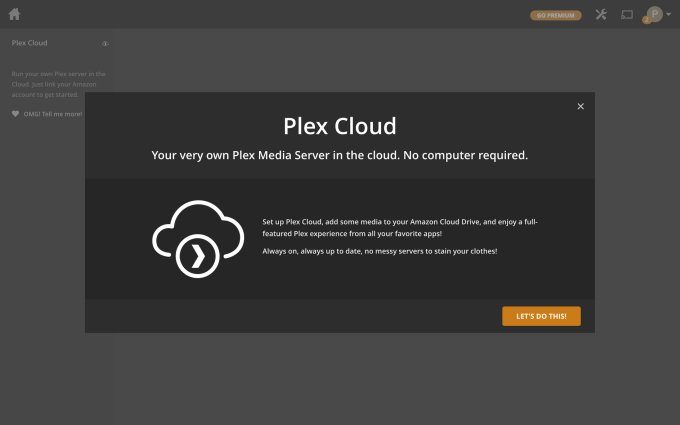 There’s one small catch: Plex Cloud ain’t free. You’ll need to pay for the cloud storage… and right now that means paying $60 per year for an Amazon Cloud Drive plan.

If you’re already using Google Drive, Dropbox, or another cloud storage provider… tough. There’s currently no support for any of those services.

Plex Cloud also doesn’t currently support DVR, Mobile Sync, camera upload, DLNA, or some other functions yet, but the developers of Plex say they’re working on adding those features.

On the bright side, Amazon does offer a free 3-month trial of Cloud Drive. 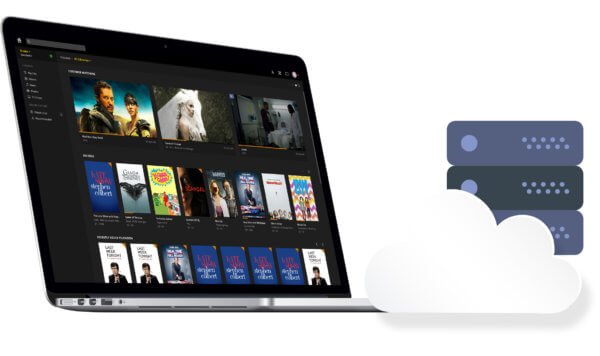 The good news is that you could end up saving a few bucks by using cloud storage instead of a local device. You don’t need to buy any special hardware and you don’t have to pay for the electricity costs of leaving a PC or NAS powered up 24/7… although if you already have a media center PC, it’s unlikely that you’d save $60 per year by turning it off when you’re not using it (unless it’s a power-hungry gaming PC too).