Raspbian is a Linux-based operating system optimized to run on Raspberry Pi’s tiny, inexpensive, low-power computers. It’s not the only OS that you can run on a Raspberry Pi, but it’s one of the more popular options… especially for beginners.

And now Raspbian is getting a new look, thanks to a new desktop environment called PIXEL (Pi Improved Xwindows Environment, Lightweight). 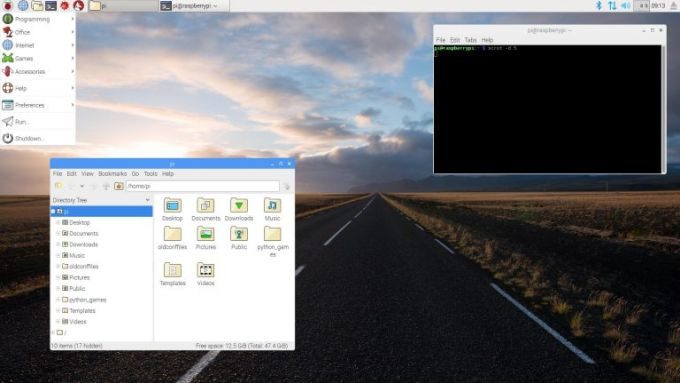 The PIXEL desktop environment is basically a heavily modified version of LXDE with a bunch of Raspberry Pi-specific features included. Here are some of the ways it differs from the software that you saw in earlier versions of Raspbian:

Along with the new desktop environment, Raspbian also now comes with a few new programs pre-installed. There’s a Raspberry Pi version of RealVNC for logging into remote desktops. And the default web browser has been changed from Epiphany to Chromium (the open source version of Google Chrome).