This November Nintendo’s NES Classic Edition game console will go on sale for $60. It looks like a smaller version of the original Nintendo Entertainment System and comes with a game controller and 30 games pre-loaded.

But while the NES may hold a special place in the hearts of Western gamers of a certain age, it wasn’t Nintendo’s first home game console. Two years before launching the NES in North America, Nintendo released the Famicom “family computer” in Japan.

The hardware was basically the same, but the design was quite different. So now that Nintendo is (sort of) bringing back the NES, it seems only right that the company is also launching a Famicom Mini for the Japanese market. 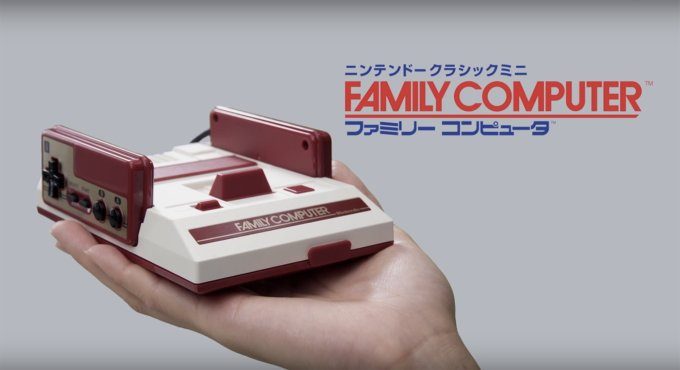 Like the NES Classic Edition, the Famicom Mini looks just like the original game console that bears its name… except that it’s much smaller. And like the NES Classic, it comes with 30 games pre-loaded, although the list of games is a little different.

Keep in mind that there’s no way to load any additional games: the Famicom Mini doesn’t connect to the internet and doesn’t support USB drives, SD cards, or any other form of removable storage.

Priced at about $60, Nintendo’s tiny game consoles comes with 30 classic games for the price of a single modern video game. So it’s kind of hard to get too upset about the inability to load additional games.

I also wouldn’t be surprised if some people buy the mini console just to get their hands on a retro-style case. Plenty of folks have already expressed interest in acquiring the NES Classic Edition just to hollow out the case and stuff a Raspberry Pi or other single-board PC inside.