Minix is unveiling the Minix Z83-4 mini PC today, and the company says it’ll be available for purchase starting September 16th for about $170. 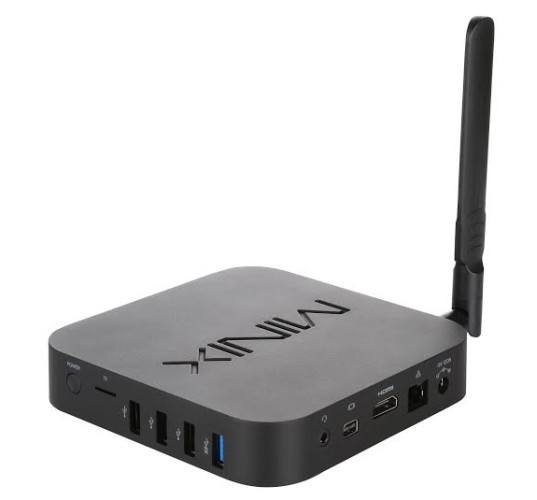 This isn’t the first Windows PC from Minix. The company also has a model with an Intel Celeron N3150 Braswell processor and one with an Inteal Atom Bay Trail chip.

But for what it’s worth, this is the first model to sport a Cherry Trail processor. Since Intel isn’t positioning its next-gen Atom chips as solutions for PCs, I wouldn’t expect to see any tablets, mini-desktops, or other general purpose computers powered by the chips formerly code-named Broxton. So companies like Minix that want to offer tiny, fanless PCs may be stuck using previous-generation tech like Cherry Trail for a little longer.

Minix acknowledges that the Neo Z83-4 isn’t the first Windows 10 mini PC with an Atom x5-Z8300 chip. But a representative suggests that its system stands out in a few ways, including Gigabit Ethernet, dual-band 802.11ac WiFi, and a fanless design that’s been tested to prevent overheating.

And while there are some other models on the market with 64GB of storage, Minix said Microsoft only offers low-cost Windows licenses for systems with 32GB or less… suggesting that some other device makers may be breaking Microsoft’s rules.