HP is rethinking the concept of a desktop tower PC. The company’s new Pavilion Wave isn’t just smaller than a typical tower, it’s also shaped differently, covered in different materials, and designed to be useful in the home office or in the living room.

The HP Pavilion Wave will be available September 16th for about $530 and up. 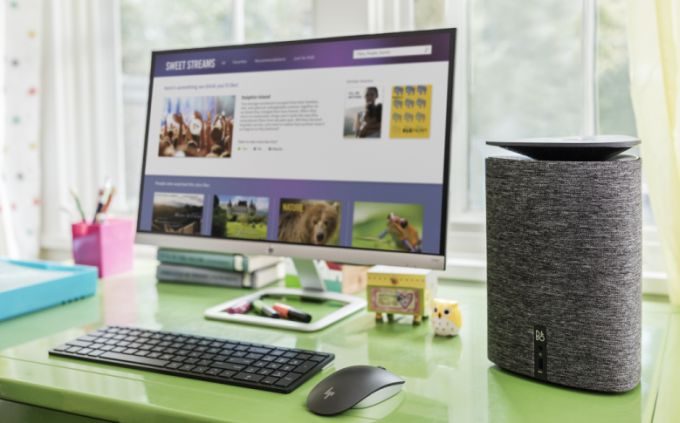 The Pavilion Wave is a triangle-shaped tower PC built around a speaker. There’s a parabolic reflector on top of the computer to help dissipate heat and transmit 360-degree sound throughout a room.  And the case is covered in acoustic fabric.

There are also dual microphones for use with Cortana or other software that takes voice input.

Each side of the triangular case contains a different part of the computer: the motherboard is on one side, a hard drive on another, and cooling components, including a heat pipe, are on the last side.

HP acknowledges that it won’t be as easy for users to upgrade the hardware in the Pavilion Wave as it would be on a more traditionally-shaped desktop tower. But the company says most customers never open the case of their desktop PC anyway, and there are still plenty of options available for folks that want that option.

Instead, HP says the Pavilion Wave is aimed at users that want a compact machine that’s capable of relatively high-performance computing. 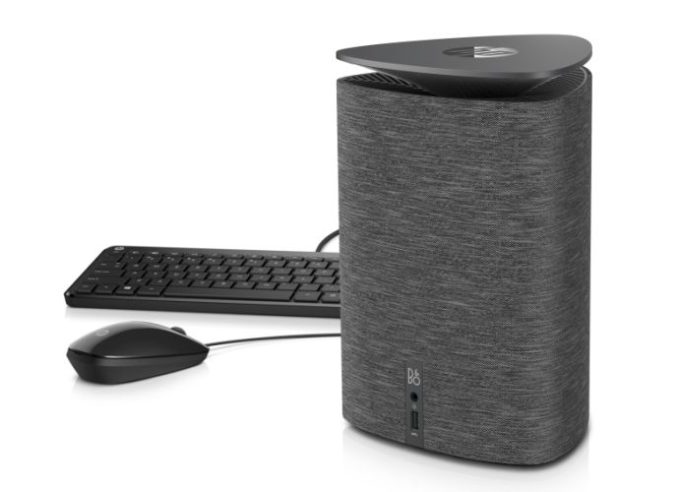 The desktop feature support for up to two 4K displays, thanks to DisplayPort and HDMI ports. It has 3 USB 3.0 ports, a USB 3.1 Type-C/5 Gbps port, a headset jack, Gigabit Ethernet port, and SD card reader.

HP says the system supports dual-storage, so it an be configured with an SSD, a hard drive, or both.

There are a bunch of configuration options, but HP laid out pricing for a few specific models:

HP says there will be models available with as little as 4GB of RAM or as much as 16GB, up to 2TB of storage, and up to a Core i7 Skylake processor. But the company hasn’t revealed pricing for those versions of the Pavilion Wave yet.