The HP Elite x3 is one of the most powerful Windows smartphones to date. It has a 6 inch, high-resolution display, a Qualcomm Snapdragon 820 processor, 4GB of RAM, and 64GB of storage.

But what really makes this phone stand out is that it’s designed to work not only as a mobile phone, but also as a desktop or laptop computer. 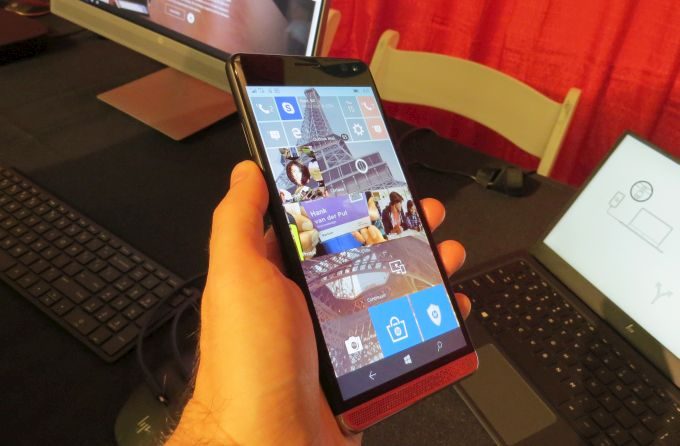 The Elite x3 is up for pre-order from the Microsoft Store, and the phone should begin shipping later this month. It’s designed for business customers, but the Elite x3 will be available for anyone to purchase… although one of its most useful features is only really available for enterprise customers.

HP sells the Elite x3 for $799 and that price includes a desktop dock that allows you to connect the phone to a monitor, mouse, and keyboard to run some apps in desktop mode. Soon HP will also offer a $1300 bundle which includes the phone, a desktop dock, and a laptop dock.

After writing about the phone for months, I finally got a chance to check one out in person this week.

The Elite x3 has a 5.96 inch, 2560 x 1440 pixel AMOLED display. It’s a big phone. But I found it to be surprisingly light and relatively easy to hold in one hand (although reaching all the way across the display with a thumb is pretty much out of the question).

On the back of the phone there’s a fingerprint scanner, and on the front there’s a camera with support for Iris recognition. You can use either or both to login to the phone using the Windows Hello biometric security feature in Windows 10 Mobile.

Unlike a lot of high-end smartphones these days, the Elite x3 has a microSD card slot for expandable storage. And the phone is sold as an unlocked device that should work with any GSM wireless carrier. 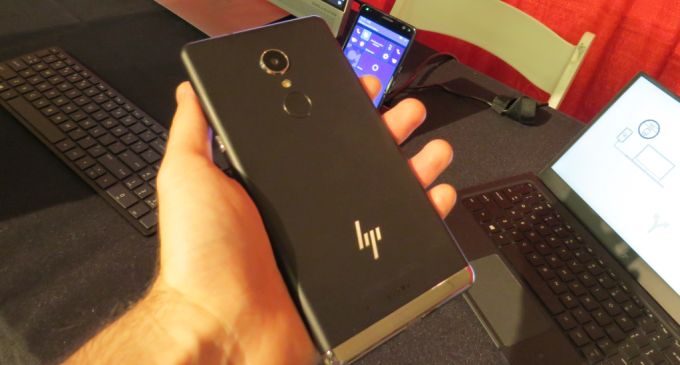 Connect the phone to the Elite x3 desktop dock and you can run Windows 10 Mobile in full-screen mode on an external display. The phone’s start screen becomes a start menu. The navigation bar at the bottom becomes a taskbar. And many apps that run in single-column views on the phone can take advantage of the extra screen real estate to give you a multi-panel view.

This makes Outlook, Word, Excel, and other office apps feel more like their desktop counterparts. And you should be able to run many Universal Windows Platform apps from the Windows Store.

But while Microsoft’s Continuum for phone software makes it look like your phone is running the desktop version of Windows, it’s not. All apps run in full-screen mode. There’s no support for tiling windows or seeing multiple apps on the screen at once. 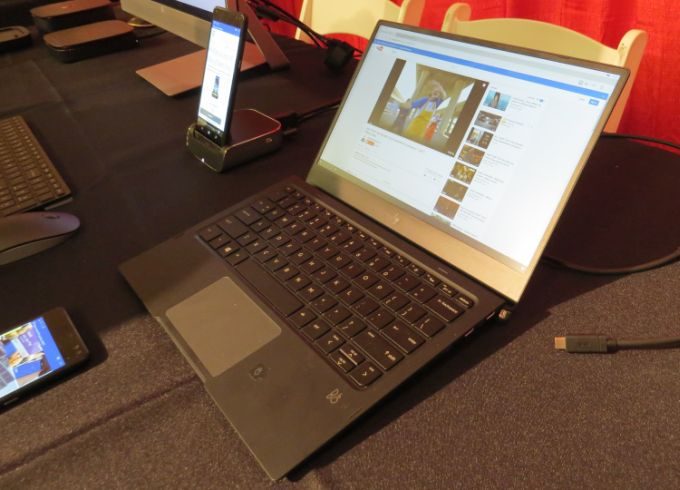 There is one way that multitasking is supported though: you can view different apps on your phone and on the big screen display. You could open a calendar on your phone while editing a document on the bigger display, for example. Or you could take a phone call while viewing a PowerPoint presentation.

Another limitation, though, is that software that hasn’t been ported to run on Windows 10 Mobile won’t work… and that includes millions of legacy Windows programs.

HP does offer an enterprise solution for this: it’s called HP Workspace. Basically, it allows you to remotely connect to a server running the software you need. Businesses with legacy software that their employees may need to access in the field can license the technology from HP and then users can basically interact with desktop software using their phones. 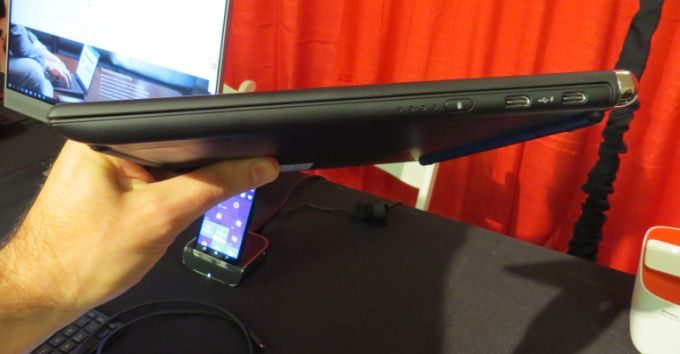 HP says it may be cheaper for some businesses than spending hundreds of thousands of dollars in development time to convert some older apps into something that can run natively on a phone… but it still allows them to give employees a single device that can be used as a phone, a desktop, and a laptop on the go.

As for the laptop functionality, that comes from an HP Elite x3 Lap Dock which will be available soon. It looks like a laptop, but the Lap Dock doesn’t do anything until it’s connected the Elite x3, either via a USB-C cable or wirelessly. 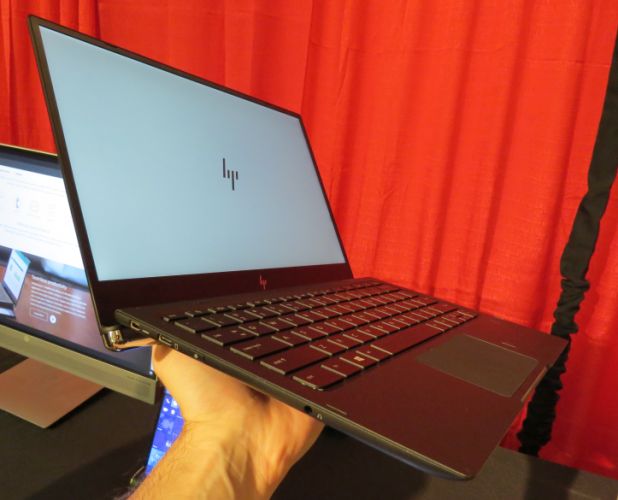 When the Lap Dock is connected, it offers all the features you’d get by plugging in a monitor, but in a mobile package. The Lap Dock also has a few bonus features, including a 46.5 Whr battery that can charge the phone whether you’re using it or not, and a micro HDMI port for connecting an external display.

The Lap Dock has a 12.5 inch, 1920 x 1080 pixel display, a headset jack, three USB Type-C ports, and a backlit, spill-resistant keyboard and touchpad.

While HP plans to sell the Lap Dock in a bundle with the phone for $1300, the company says the laptop station will also be available separately for customers that buy the phone now and want to add it later. The pricing for the accessory hasn’t been announced yet, but I’m told it will be cheaper if you buy the bundle… which suggests that the Lap Dock will cost at least $500.

That makes it quite a bit more expensive than an Androimum Superbook or NexDock laptop dock. But HP’s offering seems a bit more polished than those crowdfunding products, and HP is positioning the Elite x3 as a device that companies can supply to remote workers such as traveling sales people. Viewed in that light, equipping employees with an Elite x3 + Lap Dock could be cheaper than supplying each worker with a separate phone and laptop.