If you’ve read a tech blog today, you may be aware that Google launched its new messaging app last night. It’s called Allo. It’s available for Android and iOS. And it seems a lot like WhatsApp… if that hugely popular messaging app had Google’s Assistant software baked in.

So early reviews have been… a bit mixed. 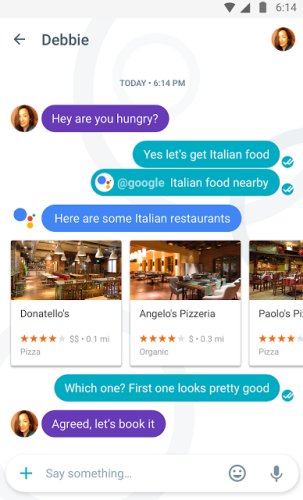 The company first showed us a preview at Google I/O in May, and as promised, the app is choc full of interesting features including some that are similar to those found in WhatsApp and Snapchat, and some that seem to be all new.

For instance, in addition to sending text, you can send emoji and stickers, with over 25 different custom sticker packs to choose from at launch. You can also make text or emojis larger or smaller by dragging a button. You can also draw pictures. 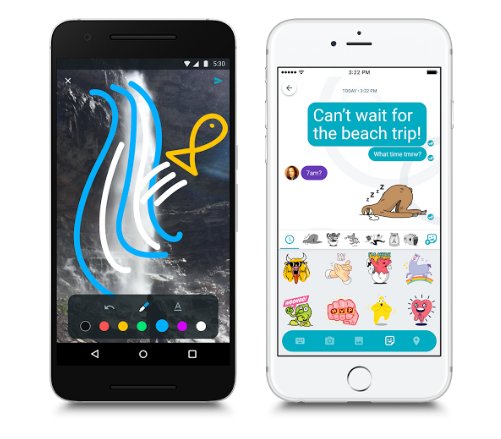 There’s also a “Smart Reply” feature that recommends quick responses to common queries like “are you on the way?” While that could suck some of the originality out of your conversations, Smart Reply learns by the way you typically respond and offers better suggestions over time.

Probably one of the biggest differences between Allo and other chat apps is that it includes a preview of the upcoming Google Assistant. You can basically have a conversation with Google by messaging @google, and you can bring Assistant into group chats the same way.

Need directions, restaurant recommendations, recipes, or other information? Ask @Google and it can post maps, pictures, videos, answers, or links to relevant results right in a chat. 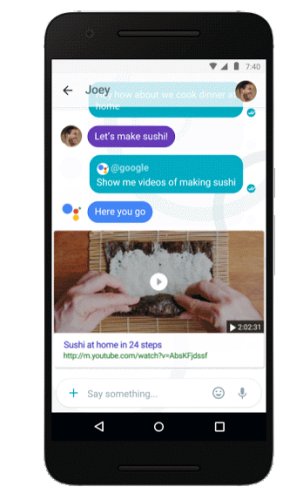 Like any messaging service, Allo works best if you can convince your friends, family, or colleagues to use the service. But you can send a message to a non-user. Allo is tied to your phone number and it can send an SMS message to a contact, or an app preview message to Android users.

So why the lukewarm reception so far? Some folks are annoyed that there’s no web or desktop app (yet). In fact, you can only use Allo on a single device at a time and there’s no way to even use Allo if you don’t have a phone number. The app also saves your conversation logs, despite earlier promises that it would not, although Incognito messages are not saved and you do have an option of manually deleting messages.

Given that Google already has a cross-platform messaging app called Hangouts, it’s interesting that the company decided to launch a brand new WhatsApp clone instead of building new features into Hangouts. Instead, the company is transitioning Hangouts into more of an enterprise app and focusing on Allo going forward.

At least, that’s the plan. These things have a way of changing. There was a time when Google was gung-ho about other products that have now been discontinued, like Google Desktop, Google Buzz, Google Wave, and Project Ara, just to name a few (Google Reader would get an honorable mention, but I never got the feeling that Google was particularly excited about that product).