The new case also has a built-in battery, allowing you to squeeze some extra run time out of the phones.

Fuze isn’t actually available yet: but the makers of the case are running a crowdfunding campaign on Indiegogo and offering cases as rewards for $69 (or less if you score one of the early bird specials).

The cases are expected to ship in December. 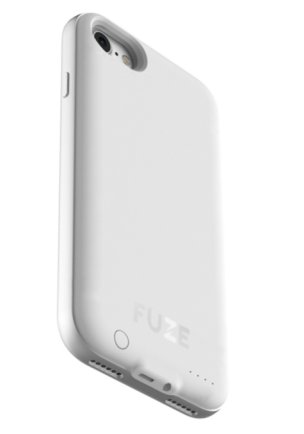 Every iPhone released prior to 2016 has feature a 3.5mm audio jack, but the iPhone 7 and 7 Plus drop that port and instead allow you to plug headphones into the phone’s multi-purpose Lightning port. Don’t have headphones designed for the Lightning port? An adapter comes with the phone, but it’s probably not something you’re going to leave plugged in all the time, which means you might not always have it when you need it.

The Fuze case, on the other hand, is designed to stay on your phone at all times. It protects the phone from drops and scratches. And it connects to the phone’s Lightning port allowing the Fuze battery to supplement the phone’s built-in battery.