There was a time when some folks predicted tablet shipments would eventually surpass those of traditional PCs like laptops and desktops. But it’s easy to make that kind of prediction when a product category is brand new, because going from 0 to a few million devices shipped looks like astronomical growth.

These days, things are looking a bit less rosy. Tablets aren’t exactly going away anytime soon. But the market has been contracting a bit for a while.

According to new reports from IDC and Canalys shipments during the most recent quarter were down about 12 to 16 percent, depending on how you calculate. 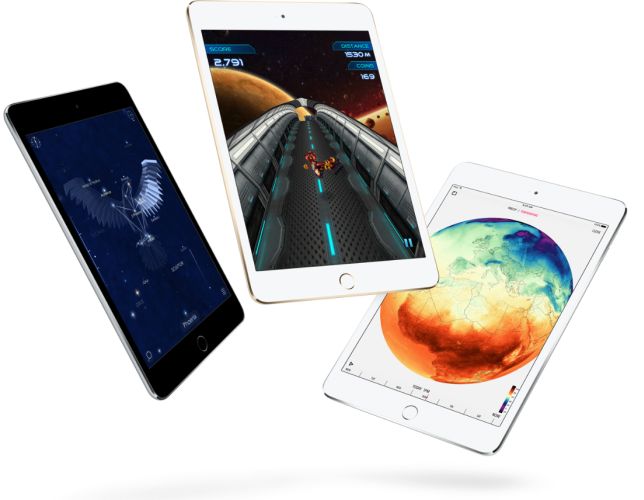 Companies are still moving a lot of tablets. IDC puts the number at 38.7 million in Q2, 2016, while Canalys estimates the number to be closer to 35 million.

Both firms say the market continues to be dominated by Apple, with Samsung in second place and Lenovo and Huawei taking up third and fourth. 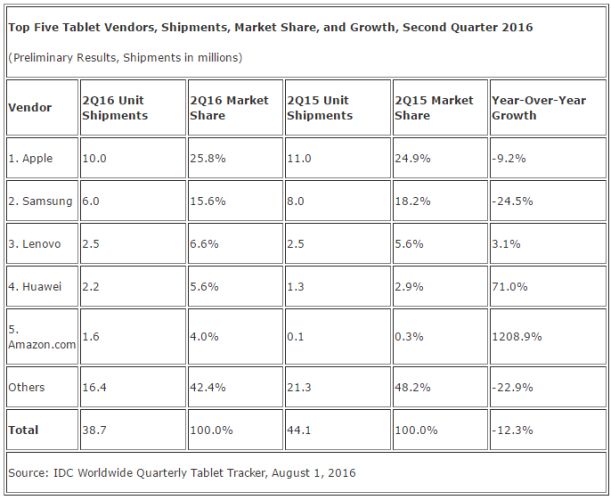 IDC says Amazon rounds out the top 5, with 1.6 million Fire tablets shipped — for year-over-year growth of more than 1200 percent. The company’s decision to introduce a $50 tablet in late 2015 probably had something to do with that.

Other interesting trends from the IDC report:

More device makers are also said to be looking to Windows as Android slate shipments decline… but things could change with the launch of Android 7.0 Nougat (which supports multi-window multitasking) and/or the addition of Android app support to Chromebooks. Or maybe Microsoft’s efforts to make Windows 10 a desktop and tablet-friendly operating system will pay off and Windows 2-in-1 tablets will eat into the Android tablet space.

Personally, I find that Android tablets offer a much better touch experience than Windows tablets right now, largely because there’s a much better selection of apps. And my experience with Android apps on the Asus Chromebook Flip makes me think that if 2-in-1 devices eventually supplant Android slates, I’d rather have a Chromebook/Android convertible than a Windows convertible… for now. But if Microsoft can attract developers to its platform and address the app gap, maybe in the future it won’t matter much what operating system your device runs, as long as it can handle the software you want to use.