Good news everyone! T-Mobile is launching wireless plan in September that offers unlimited data for $70 per month. And Sprint is launching one this week that runs just $60 per month.

But there’s a catch: unlimited doesn’t necessarily apply to every type of data. 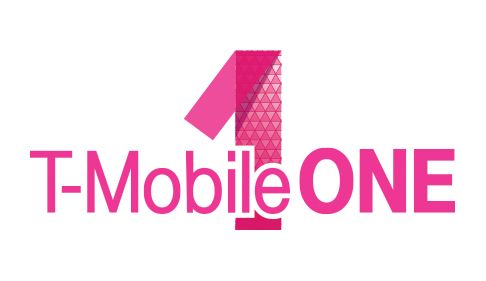 Here’s the deal with the T-Mobile ONE plan. It launches on September 6th and includes unlimited talk, text and data for you phone. But any videos you stream will be limited to 480p resolution. If you want to stream HD video you’ll need to pay an extra $25 per month.

T-Mobile One plans do allow you to tether your phone to a laptop, tablet, or other device and share your internet connection… but that data connection will be capped at 2G speeds. If you want to share Unlimited LTE data with a tethered device, you’ll have to pay $15 more.

So the $70 per month unlimited plan could actually end up costing as much as $110 per month.

The prices go down a bit if you opt for a family plan: A first line is $70 per month, but the second is $50 and you can add up to two more for $20 each. So a family of four would pay $160 (or $40 per line) for unlimited data. But you’ll have to pay for the HD video and tethering add-ons for each line that you want to use them with.

That means Sprint’s plan is cheaper for up to three users, but the same price for a family of four. 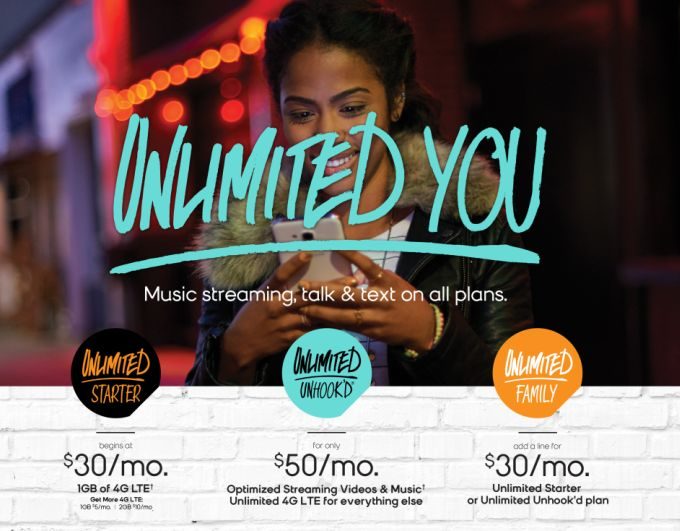 So what limitations does Sprint impose on “unlimited” data? Video will only stream at 480p resolution, and music streaming is capped at 500 kbps (which should be fine for Spotify, but might not be good enough for Tidal).

Sprint’s plan does allow for tethering, but you only get 5GB of high-speed tethered data. After you hit that cap, speeds will be scaled back to 2G levels.

What are other phone companies doing?

So the third and fourth biggest wireless companies in the US are duking it out over unlimited data plans. What are the bigger companies doing?

AT&T isn’t exactly offering unlimited data, but the  company has announced that it will offer Mobile Share Advantage plans starting August 21st. Customers on these plans won’t have to pay overage charges if they use more data than they’ve paid for in a given month.

Instead, AT&T will throttle data speeds so that instead of high-speed 3G or 4G data, users that hit their data cap will be limited to 128 Kbps speeds through the end of the billing cycle.

Verizon, meanwhile, doesn’t seem to have any new consumer-oriented plans to announce… although the company did introduce a new One Talk option for business customers, which allows businesses to connect their mobile and desk phones to switch calls from one to the other, allow both phones to ring at the same time, and work together in other ways.