After showing off an early prototype of a wearable device that sends vibrations through your skin, allowing you to use your finger like a Bluetooth headset, the folks behind the Sgnl watch strap are launching a Kickstarter campaign.

Early bird backers can reserve a Sgnl for a pledge of $99 or more, and the hardware is expected to begin shipping in February. 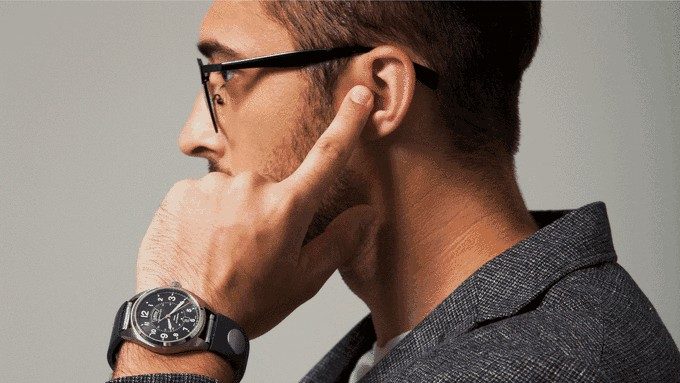 When I first went fingers-on with the Sgnl prototype, it actually had a different name. Developed by a group of former Samsung employees, the device was originally called TipTalk before the name was changed.

But the idea is still the same you wear a watch strap on your wrist. It connects to your phone via Bluetooth. And it turns your skin into a sort of speaker, allowing you to hold your fingertip to your ear to listen to a call while a mic on the strap itself will pick up your voice.

The Sgnl strap is designed to work with a range of watches that with 18 to 24mm lugs, including smartwatches and classic watches.

The strap is IP56 dust and water resistant and has a built-in battery that should be good for up to 4 hours of talk time or 7 days of standby time. You can recharge the battery in about an hour using a micro USB cable. 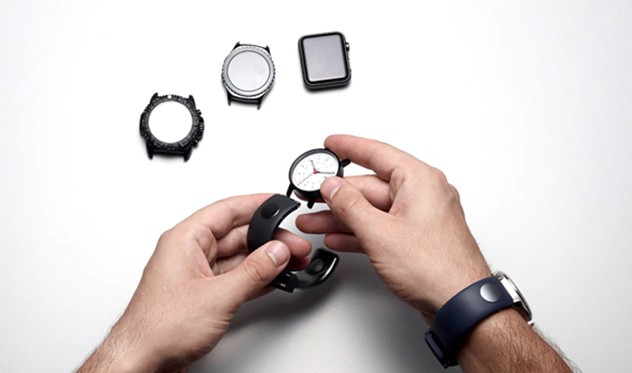 It supports Bluetooth low energy and should work with most phones running Android 4.4 or iOS 8 or later. In addition to its audio features, there’s an accelerometer in the strap, which allows you to use Sgnl as an activity tracker which can sync data with an app on your phone.

Sgnl straps will be available in black, white, and navy blue color options. And you can also wear it as a wristband if you don’t want to use a watch at all.

Honestly, I was underwhelmed with the sound quality of the prototype I tested, but the Sgnl team has had more than half a year to improve the technology… and let’s be honest, nobody’s going to buy this thing because it sounds better than other options. It’s just wackier/cooler/more unusual. 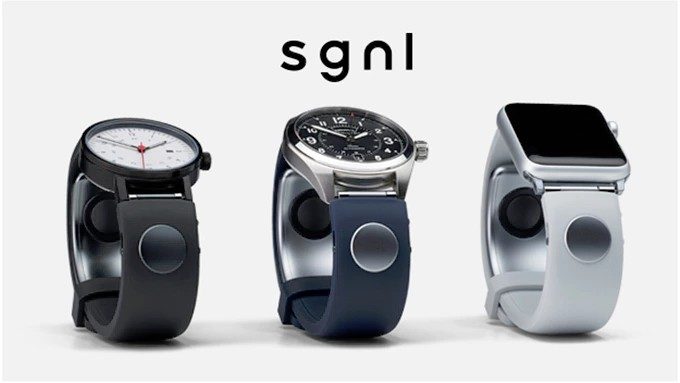 Sgnl does try to make a case for the utility of this approach though: you don’t need to search in your bag for a headset to take a call if you’re already wearing the wrist strap. Of course, if you can hold your finger to your ear, you can also probably just hold your phone to your ear.

Possibly the best argument for Sgnl is that your fingertip could work as a sort of noise cancellation device: you stick your finger in your ear to block out sound, right? This system will let the same finger block outside audio, while conducting audio from your phone straight to your ear, potentially making it easy to hear a call even in a noisy place. Whether the caller will be able to hear you remains to be seen.

7 replies on “Sgnl watch turns your finger into a Bluetooth headset, hits Kickstarter for $99 and up”