Android is an open source operating system… in that Google typically releases the source code for each new version of Android when it’s ready. But Android is developed largely behind closed doors and the versions of the operating system that ship with most phones, tablets, and other devices included some closed-source software including Google Play Services and proprietary drivers for graphics, wireless chips, and more.

For the past few years the folks at Replicant have been offering a version of Android that’s stripped of all that proprietary code. But the latest official build of Replicant is based on Android 4.2.

Now the developers are looking toward the future, describing some of the work being done on Replicant 6.0, among other things. 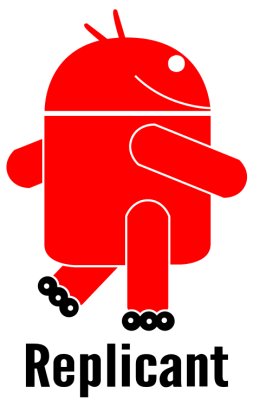 The Replicant team also says it wants future versions of the operating system to support the upstream Linux kernel and bootloaders such as U-Boot more easily.

Keep in mind that the main reason to run Replicant instead of Android is ideological: Replicant is a free software distribution, where anyone is free to inspect or modify all of the included code.

But Replicant development clearly lags quite a bit behind Android development. And the operating system doesn’t include the Google Play Store or Google apps such as Gmail, Google Maps, or YouTube. Instead it comes with the F-Droid utility for installing free and open source apps from third-party developers. You won’t find big name apps like Spotify, Candy Crush Saga, or Pokemon Go in F-Droid, though.