Plenty of smartwatches have fitness-tracking features including pedometer and heart rate tracking functions. But the new Polar M600 seems more like a fitness tracker with watch functions than vice versa.

Polar is best known for its fitness gadgets including a line of activity-tracking wristbands, a connected scale, and GPS running watches and bike computers.

The new M600 is available for $330, and it uses many of the same sensors and design elements as those devices. But it’s also a full-fledged smartwatch thanks to its Android Wear operating system. 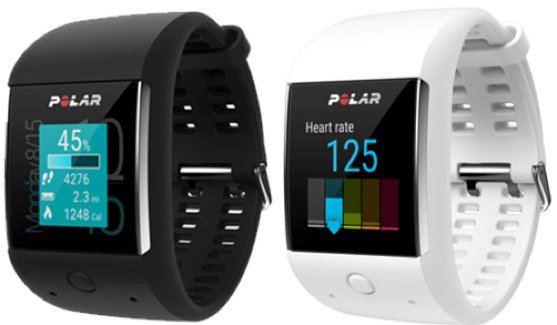 It supports 802.11b/g/n WiFi, GPS and GLONASS support, and Bluetooth 4.2 and works with smartphones running Android 4.3 or later or iOS 8.2 or later.

There’s a 500 mAh battery which should be good for up to 2 days of standard use or 8 hours of “training,” and a range of sensors including an accelerometer, gyroscrope, vambient light sensor, and an optical heart rate monitor that uses 6 LEDs to detect your heart beat.

The Polar M600 has a silicone band and the watch has an IPX8 waterproof rating, which means you can go swimming and depths up to 10 meters (33 feet).

The watch has two buttons: one for power and a second for “quick training control” and it comes with a bunch of Polar-specific features for sports, fitness, and general activity tracking… but as an Android Wear device it can also run third-party apps if you’d prefer to buy a watch from Polar and a Fitbit or Jawbone app for some reason.