Following a successful Kickstarter campaign earlier this year, smartwatch maker Pebble is getting ready to ship the Pebble 2 smartwatch.

The company is taking pre-orders at its website and plans to begin shipping watches to new customers and those that backed the crowdfunding campaign next month.

Ahead of that launch date, the Pebble 2 passed through the FCC website this week. 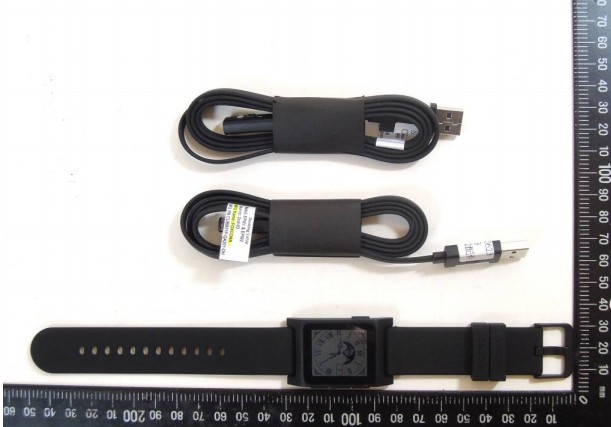 The Pebble 2 has a slightly updated design with a Gorilla Glass screen, a microphone, and a built-in heart rate monitor. Like the original Pebble watch, it has a black and white, sunlight readable display.

Pebble is taking pre-orders for the Pebble 2 for $130. While you wait for it to arrive, you can sate your curiosity by taking a gander at some pictures from the FCC (and a few official Pebble 2 press pictures):

The company is also taking pre-orders for the $200 Pebble Time 2 with a color ePaper display and a bigger battery. But that model’s not expected to ship to new customers until January, 2017.

Pebble’s most unusual new device may also begin shipping in January, if the company’s original timeline hasn’t changed. The Pebble Core is a tiny square device that you can attach to a keychain, clip to your clothes while running, or slide into a pocket. It has no screen, but the Pebble Core does have a 3.5mm audio jack, Bluetooth, WiFi, GPS, and 3G support.

The idea is that you can use it as a portable media player that can play tunes or podcasts from built-in storage, or which can stream music from Spotify, use with Amazon Alexa, or connect to other internet services. You can also use it as a run tracker.

During Pebble’s latest Kickstarter campaign the company said the Pebble Core would ship in January, 2017. But if you missed out on the campaign, you can’t currently order one from the Pebble website: there’s just an option to sign up to receive a notification when it’s available.