While Microsoft rolled out a software update that allowed the Lumia 525 to run Windows 8.1, it’s one of a number of phones that never received an update to Windows 10 Mobile. 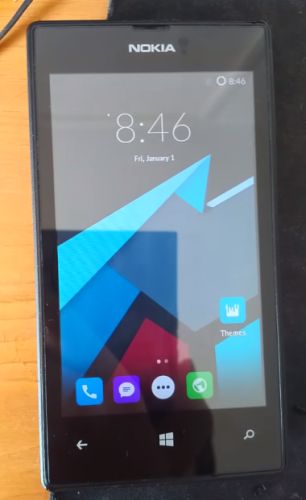 The Windows phone software and UEFI firmware has been removed and replaced with the LK bootloader, TWRP custom recovery, and a port of CyanogenMod 13, which is a custom version of Android 6.0.

As of August 19th, sound, the modem, and WiFi weren’t fully working, and there are some other issues. But Android boots, the display works, and the touchscreen is functional.

Banmeifyouwant says the software can be adjusted to work on the Nokia Lumia 520 as well, which is basically the same phone, but with 512MB of RAM instead of 1GB. And it may theoretically be possible to load Android on other Nokia and Microsoft Lumia devices… but the software he’s using will only work on the Lumia 520 and 525 for now.

Honestly, if you’re looking for a cheap Android phone today you’re probably better off spending $60 on a Blu R1 HD. But if you’ve got a Lumia 520/525 collecting dust, it’s nice to know that you might be able to breathe new life into it soon.